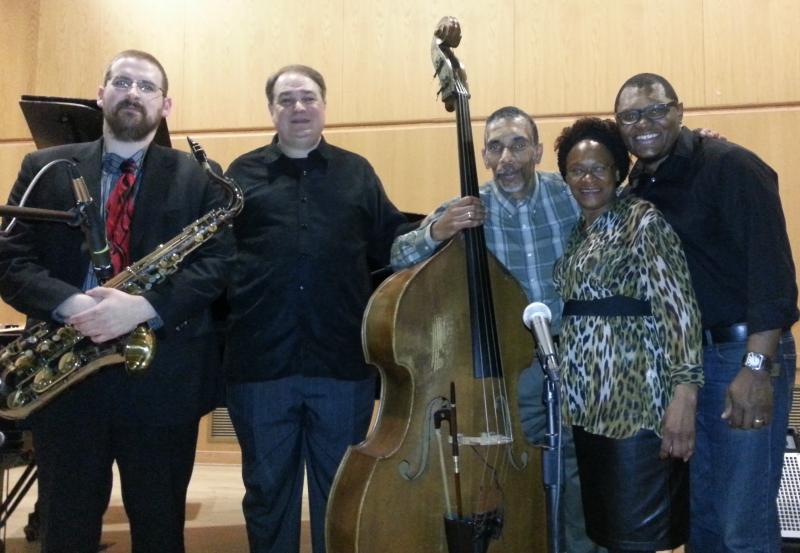 It's not often that one would want to cover a senior recital, but the rules change when the senior music student is fifty-two year old Philadelphia piano great Jim Holton. Holton took a thirty-year break from his studies at Temple University's famed jazz program to play in clubs, churches and other venues throughout the city. He gained considerable musical wisdom along the way as he played with many of the jazz greats in the area and became a sought-after accompanist for many of the singers in the City of Brotherly Love. Several of his musical colleagues now became his teachers at Temple. Many of the younger students saw him as a mentor and some gave him a nickname of "The Legend."

Born in New York City to a musical family—his grandfather played piano and violin, while his mother is a gifted singer and pianist, and his father a saxophonist—Holton was considered a prodigy. He would sweep high school band competitions, where he was equally talented on piano and cello and well versed in both the jazz and classical realms—a rare gift among musicians. He was sidetracked by his relationship with drugs, but was able to turn his life around years back and became re-focused again with help from his friends, whom he celebrated on his first and only album No Green Bananas (Dreambox Media, 2008). His support system, including his wife, jazz flautist Cindy LeBlanc, and the pastor of the church where he is a minster of music, were all proudly in attendance.

On his special night, Holton would typically have formed a band of fellow students, who he humbly said would have been excellent accompanists for the performance. But he had friends who wanted to enjoy the night with him, so his recital band turned into a heavyweight Philadelphia jazz band. Jimmy Coleman held down the groove on drums with his relaxed, playful style, utilizing his whole body to play, which was a pleasure to watch as well. Bassist Mike Boone knew his role as the engine in keeping the music moving forward, and displayed several outstanding solos, with at least one that had the audience wondering if he had moved into some sort of triple time as he nimbly sped up and down the fret board. Steven Gokh played beautiful melodies, several written by Holton, on the tenor sax. Rounding out the group was Philly songstress Jeannie Brooks who soulfully sang and scatted on several Holton arrangements.

Several hundred people turned up for the event to support Holton for his final senior project, including a dozen or more local jazz greats and dozens of music students who heard that this was a performance they should not miss. No one was disappointed as the band went into a seven-song set which included three Holton originals and two of his arrangements of standards, including a fast-paced version of Richard Rodgers' "Have You Met Miss Jones" that had had his fingers moving at breakneck speed, but never losing the melody. His arrangement of Irving Berlin's "Blue Skies" was highlighted by Brook's soulful singing and occasional scatting throughout the song.

But it was Holton's originals that had the audience and the faculty sitting up and taking notice. Beautiful melodic tunes, with lightning fast solos played by all the musicians, left the audience with their mouths agape at his ability to write and arrange new jazz music. The tune "Blues for Royal" from his album is a song dedicated to his friend and Fats Domino guitarist Teddy Royal who was proudly sitting in the front row at the event. The tune was complex and melodic and brought cheers of approval from the audience.

Holton joked that he did well in his composition classes because he named his tunes after his teachers. "Dr. D," named for his professor Dr. Norman David, was a snappy, happy and quite enjoyable tune. He finished the evening with "Mike Frank Theory Blues," named for local piano great and teacher Mike Frank. The tune gave each musician a chance to show off their impressive talents, including singer Brooks, who scatted note for note with saxophonist Gokh. It was an impressive ending to an A+ recital. One professor, when complimented on how much they had taught Holton, replied, "I didn't teach him anything. He taught us."

This was a special evening for Holton, his family, and the jazz scene in Philadelphia. On this night, he established himself not only as the fine jazz pianist everyone knew he was, but also as a fine composer. Holton graduates in May. He will soon be free of the burdens of papers and studying for exams. He will now have time, and one can only imagine what this great musical mind will do with time, but we can rest assured it will be good. Go forth, Jim Holton, and make good music. It is what you were destined, and now degreed, to do.