By C. MICHAEL BAILEY
June 19, 2016
Sign in to view read count
Sacred Music, that music associated with religion and religious observance, has been a fertile and endless loam of material since as early as 500 A.C.E. 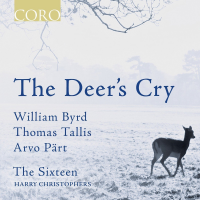 The Deer's Cry is part of the Harry Christophers and the Sixteen's 2016 Choral Pilgrimage performance schedule. The disc contains music composed by William Byrd (1543—1623), Thomas Tallis (1505—1585), and Arvo Pärt (b. 1935). The inspired pairing of 16th Century contemporaries Byrd and Tallis with 21st Century Pärt is a provocative one, creatively drawing the uniting thread of the threat of persecution through the works of these composers. Byrd and Tallis lived under the religious persecution of the period while Pärt was no stranger to the secular same in mid-20th Century Estonia. Byrd's contributions include selections from the 1575 Cantiones Sacrae including Diliges Dominum, Emendemus in melius, Miserere mihi, the large scale motet Tribue, Domine, with The Tallis-Byrd "Miserere nostril" and Tallis' "When Jesus Went," appear alongside Arvo Pärt's The Deer's Cry, The Woman with the Alabaster Box and Nunc Dimittis. The Sixteen sing with an ambient richness we have come to expect from the group. Recorded in St Augustine's Church, Kilburn, the sonics capture the chilly pristine and the warmly inviting. This set is less a juxtaposition reaching out over 500 years than a celebration of the continuation of sublime choral tradition. 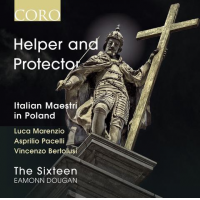 Not all of the famous choral group The Sixteen is Harry Christophers. Occasionally, Christophers allows associate conductor Eamonn Dougan to drive the car, specifically on a set of recordings focusing on Poland, of which Helper and Protector is the fourth release in the series and the sibling companion to 2014's The Blossoming Vine: Italian Maestri in Poland (Coro Records). The story behind the music is interesting. The late 16th Century—early 17th Century Polish ruler, Sigismund III Vasa, loved choral music of the polyphonic kind. While ruler, he imported the most prominent Italian composers and performers of the period to compose and perform music for him. None of the composers here are household names. All were instrumental in their place on the hinge between the Renaissance and Baroque periods. Foremost among these composers was Luca Marenzio (1553-1599) who as instrumental in popularizing this music in Poland. Helper and Protector debuts the first completebut it also serves as proof of it in the form of the first complete recording of Marenzio' Missa super Iniquos odio habui, whose lost portions were discovered in East German collections made available after the fall of the Berlin Wall. This is brightly articulated music bearing the marks of sometimes almost violent evolution. The singing and direction are second to none and provide a beautiful juxtaposition to Christophers occasionally cool direction. The title is derived from Psalm 119: "you are my helper and protector / Adiutor et susceptor meus es tu." 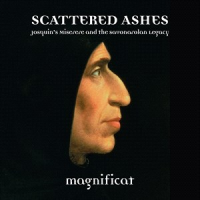 To celebrate their 25th Anniversary, the choral group, Magnificat, under the direction of founder and conductor, Philip Cave, have released a 2-CD set of music strategically themed by the life and notoriety of Dominican Friar Girolamo Savonarola (1452—1498). Savonarola had the distinction of being the Leon Trotsky of 15th Century Catholicism. As Trotsky thought himself a purer communist than Stalin, so Savonarola behaved as if he were more Catholic than Pope Alexander VI, who excommunicated the friar May 12, 1497, and ultimately hanged, burned and his ashes scattered, hence the disc title.. The music of the period was that of the rich polyphony composed by Josquin des Prez, Pasestrina, Lassus, Gombert and Byrd. If there was a golden age of Choral music, this would have been it. Losing the shackles of monophony, these composers all took a deep breath, exhaling the pinnacle of the art. The group's tone is as sharp as lemon with a creamy tenderness to it. Josquin's Miserere opens this disc as a 17-minute tour-de-force. The disc is closed with William Byrd's Infelix ego, based on the text of the same name, and included as part of Byrd's Cantiones Sacrae 1591 xxiv—xvi. This is rarified music, performed on a plane well above we mere mortals. This is divine inspiration. 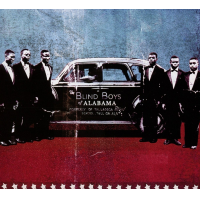 The Blind Boys of Alabama
Spirit of the Century
Omnivore
2016

My gospel and spiritual tastes run closer to the a cappella stylings of the Fairfield Four or the Golden Gate Jubilee Quartet. My prejudice here has been the a cappella part. I have always dug the precision and clarity of that special harmony. That said, these a cappella groups approached a clinical punctiliousness that took the organic edge off of the music. Not so with the Blind Boys of Alabama. Blind Boys of Alabama first sang together in the glee club in 1944 at the Alabama Institute for the Blind in Talladega, Alabama. The founding members of the group were Clarence Fountain, Jimmy Carter, and George Scott, Velma Bozman Traylor, Olice Thomas, and J.T. Hutton, of whom Fountain, Carter, Scott were living when Spirit of the Century and Higher Ground were recorded for Real World Records.

Omnivore Records has resurrected these two recordings and, in doing so, have reminded us what thoughtful production guidance can do for older artists. Produced by John Chelew and Chris Goldsmith, these to recordings bring the singers together with empathetic musicians to survey spirituals old and new. Spirit of the Century is notable for including material by Tom Waits, Mick Jagger and Keith Richards, and Ben Harper, in addition to their usual collection of traditional gospel hymns and folk tunes. The presence of Charlie Musselwhite on harmonica, John Hammond on guitar and Dobro, and David Lindley on oud and electric slide guitar add a gritty edge to "Amazing Grace" (sung to "House of the Rising Sun") and the juggernaut, "Run for a Long Time." Live material from The Bottom Line is a great plus. 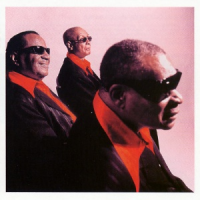 Recorded a year after Spirit of the Century, John Chelew and Chris Goldsmith further push the envelope with the group. Here the Blind Boys are paired with the "sacred steel" stalwart Robert Randolph and the Family Band and songwriter Ben Harper contributing is lap steel guitar talents on a couple of selections. Of great surprise and delight is a treatment of Prince's "The Cross" coupled with Curtis Mayfield's "People Get Ready" and Stevie Wonder's "Higher Ground." The recording is every bit as fine as Spirit of the Century, but I have to give the former recording the edge. It is truly a masterpiece. This is music to be regarded as coming from that Ur-wellspring of inspiration. Released here with some live performances, Higher Ground further demonstrates what a bit of sensitive production can do this the holy relics of our culture. 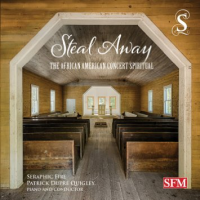 The South Florida choral group, Seraphic Fire, under the direction of its founder Patrick Dupre Quigley, tread on familiar ground previously covered by Chanticleer on Where the Sun Will Never Go Down (Chanticleer, 1994) and How Sweet the Sound: Spirituals and Traditional Gospel Music (Chanticleer, 2004) and Cantus on Deep River (Cantus, 2003) and That Eternal Day (Cantus, 2010). A Seraphic Fire performance of American Spirituals falls between the clinically-sound delivery of Chanticleer and the sheer organicity of Cantus. It is a rollicking collection of the well-known and not-so-well-known of the spiritual corpus. Quigley's direction errs on the side of the sensual, drawing from the music more of The Song of Songs than the Psalmists repertoire. This release is as entertaining as it is educational. And, anyone interested in American Music must he interest in this.