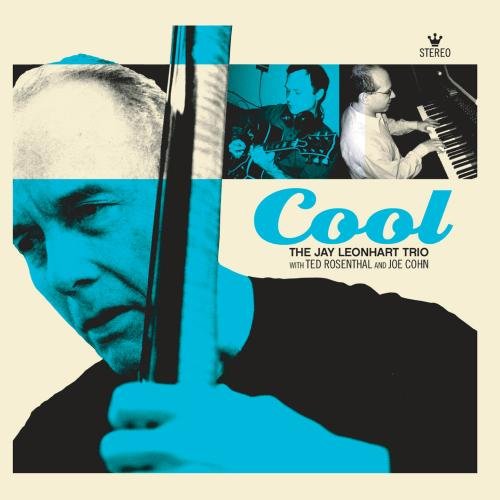 In the liner notes to his new trio album, Cool , bassist Jay Leonhart writes, "I'm afraid 'Cool' isn't nearly as laid back as the title might imply," and he's right. Rather than the style of jazz, the name refers to the Bernstein/Sondheim song from West Side Story , which is just one of the appealing tracks on an album awash in colorful arrangements.

Leonhart's trio, featuring Ted Rosenthal on piano and Joe Cohn on guitar, is a tight ensemble that calls to mind the classic piano-guitar-bass lineup of Oscar Peterson, Herb Ellis and Ray Brown. The trio hits the ground running with the first track, "Take Four," one of three tunes on the album written by the guitarist Cohn's father, Al. Piano and guitar quickly ascend in congruent lines before taking turns soloing; during Rosenthal's piano solo, he and Cohn generate tremendous energy by comping a fraction of a beat off the other.

The cooperation sets the tone for the rest of the album: the piano and guitar never make the texture too dense or muddy. Rather, they often work with Leonhart's bass as if they were three horn soloists, playing unison lines before diverging on separate harmonic paths.

"If I Only Had A Brain," the Yip Harburg-Harold Arlen tune from The Wizard of Oz , is playful and unpredictable; if the trio found its brain, it might stick to one time signature, but that wouldn't be as fun. "Cool" is one of several numbers with Leonhart on vocals, and his solo travels from the song's mysterious, quirky motif to stomping blues, and back again. (The others vocal selections are "My Bluebird," set to music by pianist Tommy Flanagan, and Leonhart's original "For Real").

Other highlights include Duke Ellington's "C Jam Blues," in a rendition that starts off refreshingly reharmonized before becoming a swinging 12-bar blues; "I Loves You, Porgy," gentle and understated, with Leonhart gracefully soloing throughout; and Rosenthal's bewitching, impressionistic harmonies accompanying Leonhart on "For Real." Rounding out the album are songs by the Gershwins, Fats Waller, and Nat King Cole. 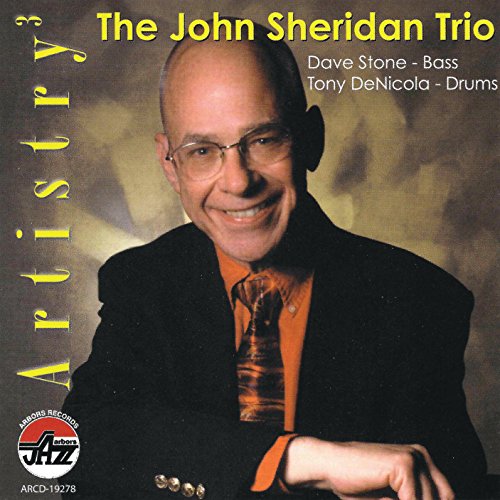 
Like Cool, The John Sheridan Trio's Artistry 3 features a good helping of earlier twentieth-century American popular songs. Before setting out on his own in 2003, Sheridan was for over two decades the pianist and principal arranger for the Jim Cullum Jazz Band, heard on public radio's Riverwalk series. You can hear it in the New Orleans-style rolled chords in his right hand, though the stride playing he's also known for is absent on this trio album, which features Dave Stone on bass and Tony DeNicola on drums.

The attraction of Sheridan's album lies not in the novelty of interpretation—this is a traditional, mainstream piano trio—but in the selection of lesser-known songs, especially from Tin Pan Alley greats like the Gershwins ("Soon," from Of Thee I Sing ) and Irving Berlin ("Change Partners," from the Astaire-Rogers film Carefree , here with a bossa feel to it).

There are flashes of emotion and excitement, like in "Wonder Why," and the trio swings well together, but overall the music is rather proper and tame. The Berlin tune and "I Never Knew (I Could Love Anybody Half As Much As I Love You)" are the high points of the album; on the latter, the trio moves along at its most energetic level.

Sheridan has excellent technique; it shows in crisp solo lines, a range of dynamics, and strong left hand work. But Artistry 3 lacks distinctive statements from a soloist; certain points in the album call out for a horn to appear and offer a compelling, original melodic idea. Ultimately, the music isn't a convincing enough argument that its lesser-known songs have been unjustifiably overlooked.

Tracks: Take Four, If I Only Had A Brain, Cool, Nobody Else But Me, Shall We Dance, My Bluebird, Jitterbug Waltz, C Jam Blues, You and Me, I Loves You, Porgy, Bop Kick, For Real, Two Funky People

Tracks: It's Been So Long, I'm Glad There Is You, Soon, Wonder Why, Ev'rything I Love, Change Partners, The Folks Who Live on the Hill, I'll Always Be In Love with You, Poor Butterfly, I Never Knew (I Could Love Anybody, Half As Much As I Love You), No Love, No Nothin', Let's Get Away From it All