By DOUG COLLETTE
March 24, 2018
Sign in to view read count
Few if any contemporary pop or rock artists have maintained a career as long and varied as Iain (nee Ian), Matthews, so his eclectic discography deserves the robust informational and graphical archiving of Omnivore Recording. Moving from his early days as a member of Fairport Convention, the man formed Southern Comfort and moved into more conventional country-folk territory of the times, thereby gaining some renown with a soothing version of Joni Mitchell's "Woodstock." After configuring his next band, the similarly-styled Plainsong, Matthews' early solo career found him collaborating with Mike Nesmith (himself a proponent of country-rock upon his departure from the Monkees). Subsequently morphing into an interpretive artist of no little skill, Matthews continued to utilize what is arguably the most graceful male voice of our times to embark upon a low-key but purposeful shift into pop-rock, after which he returned to an increasingly eclectic approach. Matthews interspersed reunions of the aforementioned seminal folk group with reformations of Southern Comfort, including Like A Radio (Made In Germany Records, 2018) with formulation of a jazz-oriented chamber music style that, while sounding almost nothing like the acoustic minimalism of his last original release, The Art of Obscurity (Omnivore, 2013), nevertheless bears the earmarks of his best work: a dignified maturity combined with finely-honed attention to detail in both composition and musicianship. 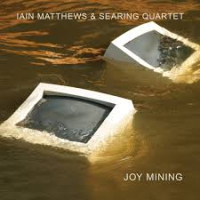 Actually something of a return to form in the vein of more jazz-oriented projects of the 1990's, this first of two collaborations with keyboardist Egbert Derix, (here as one of the Searing Quartet), consists of co-compositions, almost all of which are comprised of words by Matthews and music by the pianist. During the course of these dozen numbers, the fundamental (but deceptive) vulnerability of the former's voice complements the latter's melodies: the filigreed detail of those vocals not only matches the contours of the arrangements, but the studied nuance of Matthews' singing also highlights a similar, though ever-so-slightly lesser, subtlety in the piano and sax work. This is, nonetheless, mood music of the highest order, yet it never quite becomes too cozy for its own good precisely because of its lyrics. Matthews creates vivid characters like "St.Theresa's Ghost" and expresses deep-seated emotions via well-wrought narratives such as "Shakespeare's Typewriter" that mesh seamlessly with Derix' music.. 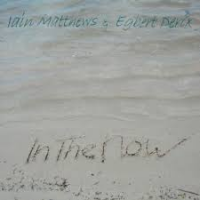 Because there's little extended improvisation and the performers themselves sound a bit too removed from their creations, the transitive verb implications in Joy Mining somewhat belies its name. In contrast, its companion piece, in keeping with its own title, isn't so purely cerebral and, as a result, less of an acquired taste. In fact, In the Now is that rare fusion of careful craft and spontaneity within which Iain Matthews' vocals act as another instrument in a spacious recorded mix. Over the course of these nine tracks, including the provocative likes of "Jewel of Illusion," "Be Small" and "Gone Is Gone," the electric guitar work of Ton Engels is integrated nicely with the compact orchestration of cellos and violins, the forlorn, evocative combination of which places this album squarely in the realm of this founding member of Fairport Convention's most accessible albums of his past. 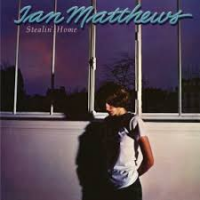 No listener has to wait long to hear how Matthews' supple, deceptively strong voice renders personal the borderline anonymous production here. As a result, it is all the more appropriate that Omnivore Records, in their customary infinite wisdom, richly expand this reissue with nine live tracks recorded in November of the year this album originally came out. In a performance at Texas A&M University originally available only in Japan, Matthews and his band (of largely crack sessioneers) offer an appropriately stripped down mix of selections from his solo discography as well as from this overtly commercial album. This otherwise questionable archive item thus becomes essential because Iain Matthews never issued a concert record during this phase of his career, the halcyon days of live albums. In fact, he rarely if ever made a record so sparkling in its simplicity

Tracks: Buddha Dials Your Number; Jewel of Illusion; When the Floyd Were On the Prowl; Restless Wings; Monkisms; Pebbles in the Road; Joy Mining; Be Small; Gone is Gone.

Tracks: Studio -Gimme An Inch Girl; Don't Hang Up Your Dancing Shoes; King of the Knight; Man in the Station; Let There Be Blues; Carefully Taught; Stealin' Home; Shake it; Yank & Mary / Smile; Slip Away; Sail My Soul. Live -Tigers Will Survive; Stealin' Home; Shake It; Just One Look; King Of The Night; Man In The Station; Don't Hang Up Your Dancing Shoes; Call The Tunes; Payday.