By JEFF WINBUSH
October 3, 2011
Sign in to view read count 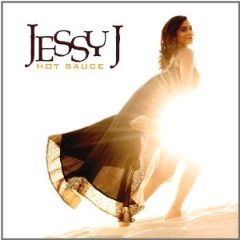 The third major album by saxophonist Jessica Spinella (a.k.a. Jessy J) reflects both a reliance on a proven formula and the stirrings of venturing into unexplored territory.

Jessy's got a problem. She can attribute much of her success to veteran producer Paul Brown, whose other clients include Euge Groove, Rick Braun and Boney James. Brown is a master of the catchy hook, which makes him more commercial than cutting edge. That's not a bad thing, but it doesn't always make for boldly inventive music. Brown's production always sounds good, even if it's often a slightly different twist of the same old song.

Of Hot Sauce's ten songs, six are produced by Brown, but it's the other four which are the most interesting. There's nothing terribly wrong with "Remember the Night" and "Rio Grande," other than the odd sequencing of two tracks which sound remarkably similar except one is more up-tempo than the other, but there's just nothing original about them, either. Brown's skills are in revisiting what he's done on previous Jessy J albums like Tequila Moon (Peacon, 2008) and True Love (Peak, 2009).

Here, however, Brown holds the reins on the young saxophonist a bit too tightly. Any song entitled "Hot Sauce" ought to flat-out groove, not just bubble away for 3:17; "Mild sauce" would be a better descriptor for the underwhelming, paint-by-numbers title tune. There are faint traces of Jessy J's Latin heart beating faintly in the background, but it's overwhelmed by the slickness and sheen of Brown's production. A little less control and little more risk-taking were needed here.

More successful and much more fun are "Rainbow Gold" and 'Last Night," two funky workouts, with "Last Night" offering a rare performance by Joe Sample, workin' it out on the Hammond B3 organ with studio pros Harvey Mason (drums), Ray (Ghostbuster) Parker Jr. (guitar) and Nick Sample—son of the former Crusaders keyboardist—joining in on bass. Both feature Jessy J's vocalizations, so if you enjoy them, you're in luck.

The moment of revelation comes with Saunders Sermons and his vocal turn on "In A Sentimental Mood," with Jessy J playing a supporting role. Sermons simmers and sways, playing it straight, with Jessy J's tenor sax warmly warbling in the background. Sermons co-produced and arranged the Duke Ellington classic with pianist Jon Notar, and it's a winner, with some nice stick work from drummer Josh Guinta. Nothing else on Hot Sauce sounds remotely like this and it's a style for which Jessy J is well-suited.

There is a balance a musician must strike between art and commerce, and not every soloist thrives in the spotlight. The finest moments of Hot Sauce come when Jessy J is part of the band instead of the center of attraction. Going forward she will likely thrive in either role, but for now she seems most comfortable in the former than the latter.

Remember The Night; Rio Grande; Hot Sauce; Rainbow Gold: 'Til You Make Up Your Mind; Meant To Be; We Kissed; Leave Right Now; In A Sentimental Mood: Last Night.