By C. Michael Bailey
September 13, 2013
Sign in to view read count
Dutch vocalist Heleen van den Hombergh has released bookend recordings, Rush In The Woods (2004) and Way Back Home (2011). In between, life intervened, as it often will, coloring the second release considerably different from the first. Hombergh's singing and composition remain organic and compelling over the whole course, offering a glimpse at an artist at two very different places. 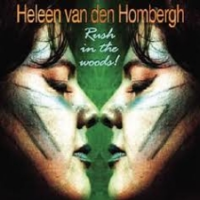 In her youth, Hombergh had the opportunity to visit and tour climes more tropical than her own. Costa Rica, Indonesia and other Asian and South American countries loom large on Rush In The Woods. Supported by a standard jazz piano rhythm section, Hombergh's music is filtered through this most basic instrument. Musically, this is delicate fare, carefully colored by both band and vocalist.

Rush In The Woods is Hombergh's celebration of the rich and fecund spirit of the rainforest. She poetically addresses tropical blue butterflies ("Beauty In Blue") and the symbiotic and malefic affair of the strangler fig ("Fatal Embrace"). In the former, the music is a lilting dance while the latter is an anxious realization, too late, that love is mortal. Hombergh's tome to the tropical canopy is captured in "Treasures," where, "There on the forest roof, the world is reflected in a drop..."

A worship of nature and all beautiful, dangerous and real, Rush In The Woods is a song of youth, when attentions may lay outside of one. Teeming with life lust and green shoots. 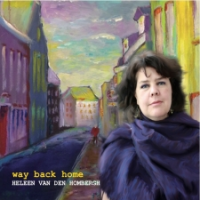 What a difference in perspective seven years makes. Hombergh lived enough life between recordings to turn he creativity inward, producing Way Back Home. Stylistically, Way Back Home is more intricately composed musically than Rush In The Woods. Hombergh is more thorough with her thoughts and imagery, the kind of change in perspective brought about by personal growth and the need to move forward. Hombergh exclaims, "I wasn't born to be a stranger" in the title piece, talking about returning home where, "I can be me."

Instrumentally, Way Back Home is more complex with the presence of guitarist Erik Rutjes and additional vocals by Bart Fermie and Christina Fuchs. Rutjes adds a pastoral hue to the song of loss and bitterness, "So That's What You're Worth." "Jealousy" is an edgy, funk-laden, conversational rap where Hombergh spits wrath. "Silence, Please" is buoyed by bassist Jeroen Vierdag, delicate pizzicato introduction and support: "Silence, please, my mind needs a shower after so many hours of sounds..." That is a weariness only realized through experience. Hombergh has deftly introverted her writing, in turn, producing some very intimate and close-quartered songs that capture life and one woman's reaction to it.

Rush In The Woods

Tracks: Way Back Home; Beautiful World; Love Means Nothing More Than Crying; Calling The Rain; Right By Your Side; Orange Blossom Scent; So That's What You're Worth; Jealousy; Silence, Please; Invisible Wings; Messenger Soul; Seeds Of Love; Painting; You Make The Difference.