BY KEN DRYDEN
February 21, 2006
Sign in to view read count
Since making his debut recording as a leader in 1947, Hank Jones has continued to impress jazz fans for over five decades. Not only is he still recording in his late 80s, but some of his long out of print sessions are beginning to reappear on the market.

The Gambit compilation of the Complete Recordings by the Hank Jones Quartet with Kenny Burrell and Barry Galbraith restores two long unavailable studio dates. The first, with Galbraith on guitar, bassist Arnold Fishkin and drummer Don Lamond, was issued by the obscure Golden Crest label as Swing Songs From Gigi, featuring selections from the Lerner & Loewe musical. The sound is a bit compressed (evidently the label spared a little expense in finding a good studio) and occasionally overmodulated, though Jones' arrangements are enjoyable. The best-known song remains "Thank Heaven for Little Girls (forever after associated with Maurice Chevalier), with plenty of swinging interaction between Jones and Galbraith.

Jones is accompanied by Kenny Burrell, Milt Hinton and Elvin Jones for the second session, first issued by Argo as Here's Love, consisting of songs from the Meredith Wilson musical. Jones' lyrical arrangement of "My Wish and a funky "Dear Mister Santa Claus, along with the gospel-flavored scoring of "Pine Cones and Holly Berries, are among the highlights. 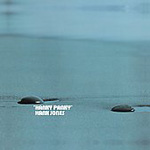 Hanky Panky, initially issued by the Japanese East Wind label, was briefly available as an Inner City LP before finally returning to print as a Test of Time CD. With Ron Carter and Grady Tate along for the ride, the album's concept was to mix contemporary works with standards and jazz compositions of the day. The first four tracks are probably unfamiliar to most jazz listeners, though the trio makes the most of them.

"Nothin' Beats an Evil Woman is brisk with a bluesy undertone, while the pretty ballad "Warm Blue Stream (one of two by Sara Cassey) deserves wider recognition. But it's hard to beat the leader's own "Minor Contention, a driving hard bop number. The two standards are a percussive treatment of "As Long As I Live and a dreamy interpretation of "Oh, What a Beautiful Morning (from the Broadway musical Oklahoma!) that develops a loping rhythm. The surprising finale is the very funky title track.

Hank Jones has been the one constant member of the on again-off again Great Jazz Trio since its founding in the '70s. Bassist John Patitucci and drummer Jack DeJohnette round out the latest edition. DeJohnette's forceful drums ignite "'S Wonderful with a flourish, as Jones avoids the typically breezy approaches to this standard. Patitucci's bowed introduction to "Greensleeves gives this ancient piece a fresh sound. The call and response between Patitucci and Jones is a recurring theme in the upbeat arrangement of "Lover, Come Back to Me. The leader devours the bluesy "Night Train, which features a terrific walking bass solo by Patitucci. The trio's bluesy setting of "Take Five adds an ominous touch, though it swings like mad. While all three CDs are recommended, 'S Wonderful is the pick of the pack.

Tracks: Vol. 1: Gigi; I'm Not Young Anymore; Thank Heaven for Little Girls; It's a Bore; Say a Prayer for Me Tonight; Gossip; Waltz at Maxim's; The Parisians; I Remember It Well; The Night They Invented Champagne; Here's Love; My Wish; You Don't Know; Dear Mister Santa Claus; That Man Over There; Arm in Arm; The Big Clown Balloons; Love, Come Take Me Again; Pine Cones and Holly Berries; My State, My Kansas, My Home.

Vol. 2: If I Love Again; My One and Only Love; Don't Ever Leave Me; It's Easy to Remember; You're My Love; Blue Lights; The Blue Room; A Sunday Kind of Love; Star Eyes; Let Me Know; Try a Little Tenderness; Easy to Love; Summertime; There's a Boat Dat's Leavin' Soon for New York; My Man's Gone; A Woman Is a Sometime Thing; Bess, You Is My Woman; It Ain't Necessarily So; I Got Plenty O' Nuttin'; Oh, I Can't Sit Down; Bess, Oh Where's My Bess; I Ain't Got No Shame.