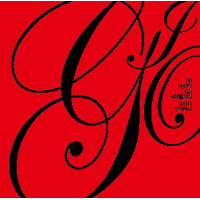 One day, about a dozen or so years ago, a slender, unassuming Japanese man stood at a booth at the far end of an exhibit hall at an annual conference of the (now-defunct) International Association of Jazz Educators (IAJE). Answering a question posed by a writer looking for big-band CDs to review, he said, in halting English, "Yes, I am Akira Nonomura, leader of Global Jazz Orchestra, and we do have CD." With that, he handed the writer a copy of Global Standard, the remarkable second album by one of the more impressive ensembles not only in Japan but anywhere in the world.

Now the year is 2015, and that same writer has received from Nonomura copies of two more recent CDs by the GJO, Global Warming (released in 2011) and Globarhythm, recorded only a few months before it was mailed. Any thoughts that the intervening years may have been unkind to the GJO are quickly erased by the opening measures of Takuya Sakazaki's "J Tune," the sunlit curtain-raiser on Global Warming. The band sounds as sharp and well-groomed as ever, while the soloists (alto Ryosuke Asai and trumpeter Miki Hirose on "J Tune") are world-class. Hirose is showcased on the standard "That's All," which closes the album, tenor Tomomochi Takahashi on "My Ideal," alto Takahiro Miyazaki on "Darn That Dream." There's one more standard, George Gershwin's "Summertime," indifferently sung by Junko Koyanagi (nice chart, though, with ripping solos by tenor Mitsuhiro Furuya and alto Mitsuru Kobayashi).

The remainder of Global Warming is comprised of original compositions by Japanese writers including Kobayashi ("Turn to Run") and Hirose ("River Breeze," "Highway Robbery"). Ichiro Oshima's lively "One Second," set to a classic New Orleans shuffle beat, is especially charming. The animated solos are by Kobayashi (on soprano sax), trumpeter Sakie Naito, trombonist Oshima and bassist Takuya Sakazaki. "River Breeze" is light and lovely, "Highway Robbery" resonant and hard-hitting. There is one other vocal, by Kaoru Azuma, on Hitoma Nishiyama's ballad, "Gardens Under the Rain" (to which Azuma added the lyric). Pianist Sakiko Musada penned two more winners, the uninhibited "Forever" (solos by tenor Furuya and guitarist Jesse Forest) and even-tempered "Again" (solos by Furuya and alto Asai).

The GJO offers more blue-chip swinging on Globarhythm, starting with the lean and hungry "Two Predators" (tenors Furuya and Takahashi) trading well-placed volleys in a torrid chart by Hirose who arranged the album's lone standard, "How High the Moon," as a vehicle for vocalist Koyanagi (who fares slightly better than on "Summertime") and baritone saxophonist Ai Masuyama. The moon theme resurfaces on Yumiko Sunami's "A Rabbit of the Moon," on which the ensemble shines with soloists Hajime Teshima (bass) and Mitsuhiro Furuya (baritone sax). The spirit of Thad Jones is palpable on Scott Reeves' jaunty "One for Thad," which precedes Astor Piazzolla's breezy "Libertango" (trimly arranged by Pedro Giraudo). The admirable solos on "Thad" are by pianist Sachie Fujikawa, trombonists Oshima and David Boyle, trumpeter Naito and leader Nonomura on flugel, on "Libertango" by Hirose, Furuyama and alto Ayako Otake.

Reeves wrote the lyrical "Osaka June," with vocalese by Azuma, Masuda "Under the Rose," "Eternal Truths" and "It's a Chance!," each of which is top-drawer. His piano helps enliven "Chance!" (as do trombonist Kensuke Ota and drummer Takashi Ichihashi), while tenor Takahashi and trumpeter Atsushi Iwamoto share the honors on "Rose," Masuda, Teshima, Furuya, Forest and alto Miki Yokoyama on the tasteful finale, "Truths." With Global Warming and Globarhythm, the Global Jazz Orchestra, based at the Koyo Conservatory in Kobe, Japan, and presumably comprised in part (or perhaps entirely) by students there, confirms a tradition of excellence begun more than two decades ago. Long may it endure.

Global Warming -- J Tune; My Ideal; Forever; Darn That Dream; Again; Turn to Run; Gardens in the Rain; Elements in Moments; One Second; River Breeze; Summertime; Highway Robbery; That’s All. Globarhythm -- Two Predators; Osaka June; It’s a Chance!; A Rabbit of the Moon; How High the Moon; Under the Rose; Something for Thad; Libertango; Eternal Truths.

About The Global Jazz Orchestra