By Doug Collette
July 8, 2018
Sign in to view read count
The legacy of The Byrds looms large in the annals of contemporary rock, ever increasingly so as it pertains to the late Gene Clark. One of its main vocalists, he is usually seen stage center in the alignment of the original band in performance, a position that stands as an apt metaphor for his contributions to the hallowed group: Clark was the chief composer of original material, so songs like "Set You Free This Time" and "It Won't Be Wrong" filled the track-lists on early albums Mr. Tambourine Man (Columbia, 1965) and Turn! Turn! Turn! (Columbia, 1965), while his slightly husky tenor (just slightly tremulous) provided genuinely emotional contrast to the soaring group harmonies. Conflicting reasons exist for Clark's departure from the Byrds in 1966, those contradictory circumstances tainting his image for a period of time, but, this gifted artist's cachet has risen incrementally with the passing years, not coincidentally beginning with reparations in the form of the box set There Is A Season (Legacy, 2006) supervised by former bandmates Roger (nee Jim) McGuinn and Chris Hillman. Subsequent releases of his later work, as a solo artist and in collaboration with Doug Dillard, the Gosdin Brothers and Carla Olson, among others, preceded these two additional documents of his prolific nature, adding momentum to that worthwhile historical progression. 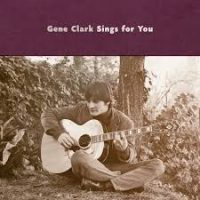 Slightly more than half the length of its counterpart, this fourteen track compilation serves as a crucial missing link in the vagaries of Gene Clark's post-Byrds career. Standing as reaffirmation of the man's support of the quintet (even beyond appearing with them on stage), those half-dozen tracks proffer the pragmatic support of original material for a group suffering a paucity of same even as those songs of nurture the Rose Garden's stylistic emulation of his former band. Like his exhaustive history on the package's companion piece, essayist John Einarson's liner notes are more extensive than the musician credits. But that only points up the solidity of the bulk of the material Clark was demonstrating for his own purposes and offering to his kindred spirits; just as often acoustic as electric, his songs (usually but not always) transcend his debt to Dylan so the flow of the words meshes naturally with the melodies to the haunting effect radiating from "Doctor Doctor." "Past Tense" and "Till Today," (included on the RG album) are just two other instances suggesting how Gene Clark, even given his erratic productivity in later years, he continued to cement the cross-fertilization of contemporary folk and rock milieu he first helped formulated in his somewhat unjustly overlooked linchpin role in the Byrds. 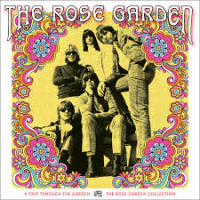 Conceived itself as a direct extension of the seminal folk-rock sound of the The Byrds, the mutual attraction between The Rose Garden and Gene Clark made perfect sense because as documented on these twenty-six tracks (fourteen of which are previously unreleased), the quintet suffered a dearth original material. Accordingly, the pragmatic support of the former Byrd was fully in line with the quintet's even more direct homage to sources including Bob Dylan and Neil Young, an approach even more overt in a live setting: four tracks from a high school concert feature compositions from Sonny Bono and Bo Diddley.

Studio producers Charles Greene and Brian Stone, who also helmed the early work of Buffalo Springfield, made sure the Rose Garden album and single recordings here hewed to commercial considerations effectively outdated. at the time of completion in 1968. Thus, as dated as the artwork on this package and notwithstanding the group's hit single of December 1967, "Next Plane to London," A Trip Through The Rose Garden would be only a footnote in rock history without the crucial connection to a founding member of the Byrds, that is, if the style the latter band fostered didn't eventually become so influential with the passage of time and in the next century, reappear in slightly modified form as "Americana."

Gene Clark Sings For You

Tracks: On Her Own; Past Tense; Yesterday, Am I Right; Past My Door; That's Alirght By Me; One Way Road; Down On The Pier; 7:30 Mode; On Tenth Street; Understand Me; A Long Time; Big City Girl; Doctor Doctor; Till Today.

A Trip Through The Rose Garden

Tracks: Next Plane To London; I'm Only Second; February Sunshine; Coins Of Fun; Rider; She Belongs To Me; Flower Town; Till Today; Look What You've Done; Long Time; If My World Falls Through; Here's Today; Down To The Wire; Charlie Fer De Lance;The World Is A Great Big Playground; Here's Today; If My World Falls Through; Dead Men Never Die; I'm Only Second; Till Today; Till Today; Next Plane To London; So You Want To Be A Rock 'n' Roll Star; She Don't Care About Time; Little Things; You Don't Love Me.