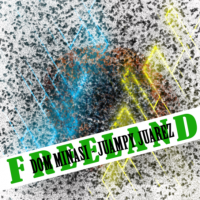 American guitarist Dom Minasi and Argentinian guitarist Juampy Juarez have performed as a duet several times, first during a tour in Buenos Aires, then at some shows in New York. Recorded in Buenos Aires, in April 2018, Freeland documents their playing partnership. Minasi has a history of duets, most recently on record with guitarist Jack DeSalvo on Soldani Dieci Anni (Unseen Rain Records, 2016). Like that album, the program here is much more diverse than its title suggests.

Minasi's beautiful ballad "Angela" (which he has recorded before) opens the set, and shows both players in lyrical form. This track would be right at home on a mainstream bebop guitar album, complete with sparkling harp harmonics at the end. His "Blues, Blues, Blues" delivers what the title promises (albeit with a distinctly Monkish flavor), but it also has edgy moments well outside the traditional blues box, especially a wild, dissonant duet section.

Two brief improvisations occupy the center point of the album. After a rubato opening, the first develops into an intense rhythmic workout. The second is much more reflective, and concludes with more of those lovely harmonic arpeggios. Minasi's "Inside Out" is another memorable ballad (which recalls the Thelonious Monk standard "'Round Midnight"), and it elicits more expressive melodic invention from both players.

Juarez makes his sole compositional contribution with "Tritonal Ballad," a piece heavy on the tritones and light on ballad feeling. It has a distinctive harmonic signature, more "out" than the straight jazz tunes but less harmonically unpredictable than the freer playing. There were numerous Monk references throughout the session, but the finale finally gets to the real thing: a gleeful romp through "Well, You Needn't," with the players egging each other on to further and further extensions of the original harmony.

Contemporary jazz guitar playing doesn't get much better than this. An easy recommendation to guitar fans who like their bebop with a bit of spice.