By JOHN EYLES
June 26, 2013
Sign in to view read count
Although the Fataka label only issued its first two CDs in autumn 2012, it has already established such a high standard that any new release carries strong expectations. Its first four releases featured renowned British and American improvisers playing European free improv of the highest quality. All four came clad in nondescript dun-coloured sleeves inside which there lurked some excellent artwork—so it felt rather as if it was hiding its light under a bushel... Now, with its fifth and sixth releases, the dull exteriors have gone and the artwork is outside; the overall effect is similar to a bud opening to reveal a bloom or a butterfly emerging from its cocoon.

The transformation is not just skin deep, the music within also signals a shift from those first four releases. Each of the new releases features a duo combining a top British drummer with an overseas musician who employs electronics; despite that common element, musically the two are strikingly different to one another, but the results are far more electro-acoustic improvisation (eai) than the label's previous efi. Fortunately, these changes have done nothing to compromise Fataka's impressively high standards and quality. 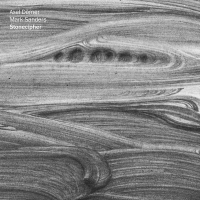 Recorded in London in June 2011, Stonecipher documents the pairing of Berlin's Axel Dorner on trumpet and electronics with drummer Mark Sanders. Across two extended tracks totalling some forty-eight minutes, the two conduct a leisurely dialogue that unfolds at its own pace without ever sounding hurried. Despite not having an extensive history of playing together, Dörner and Sanders fit together well, combining to produce a highly distinctive duo sound which blends acoustic and electronic sounds in a natural, unforced way. Crucially, the two are equal partners in the duo and each of them contributes a wide range of sounds to the music, creating a rich, varied soundscape that contains enough detail to handsomely repay repeated listening.

Right from the start, Dörner's electronics set the tone, providing a constant background of diffuse tones that underpin the more specific instrumental sounds from trumpet and percussion. On trumpet, Dörner gives a bravura display of the full range of his extended techniques, producing everything from recognisable trumpet notes to breathy hissings, rhythmic valve poppings and beyond. Sanders responds in kind, economically employing a panoply of percussion that is a fitting match for Dörner; occasionally he interjects rhythmic passages but his focus remains not on rhythm but on finding the sounds and textures to match his partner's playing. Throughout, their music maintains a forward momentum which sounds unforced and easy; it makes mesmerising listening. 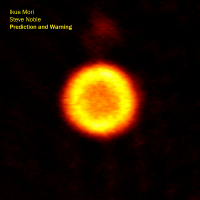 When Japanese electronics player Ikue Mori and London-based drummer Steve Noble first played together as a duo at Cafe Oto in 2010, their connection and compatibility were obvious to anyone present. The two immediately struck sparks off each other and seemed to share instincts and thought waves, giving their music an appealing sense of logic and coherence. Mori's electronics bore traces of her time spent drumming with Arto Lindsay's DNA, making the pairing with Noble seem an inevitable one. The two performed together again at the venue a year later with similar results, and Prediction and Warning was recorded at Eastcote Studios in November 2011.

Between them, the album's eight tracks carry such portentous titles as "Seismic Waves," "Atmospheric Pressure" and "Inferno," titles which invariably conjure up images ideally fitting their music. So, the album opens with a barrage of percussion exchanged between the players, on "Seismic Waves"—and the combination of the two feels as if it could actually induce earth tremors. "Montparnasse Derailment" (a title commemorating an infamous Paris train wreck) maintains that momentum and adds sound effects befitting the subject matter. Despite the titles, this is not "programme music" attempting to mimic other sounds; instead, Noble and Mori allow their playing to roam free, its guiding principles being a mutual desire to generate propulsive, rhythmic music and to respond to one another with reactions which are uncannily in sync. The end result is a stunning, adrenalin-inducing tour de force.