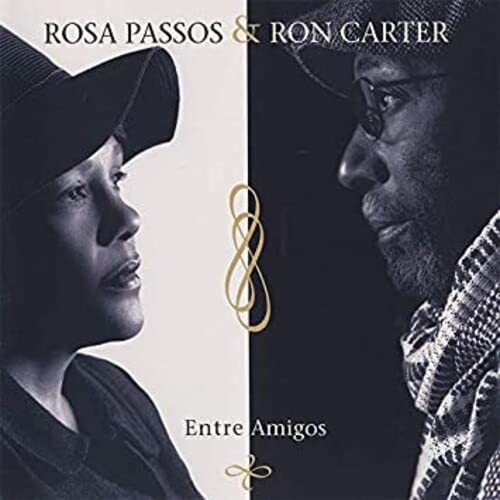 The bossa nova's not so new anymore. It's been forty years since Stan Getz and Charlie Byrd brought its gentle pulse north of the border. Getz and Byrd's version of "Desafinado was a surprise hit, and a Grammy winner to boot. Getz and Joao Gilberto's recording of "The Girl From Ipanema was an even bigger hit, launching the singing career of Gilberto's (then-)wife Astrud. It wasn't long before the music industry smelled blood and began churning out an amazing profusion of mediocre imitations, many of which merely used the words "bossa nova the same way college students bandy the word "existential around without having the faintest idea of what it means.

For much of the sixties, every pop musician worth his salt was cranking out a bossa nova album (Frank Sinatra's collaboration with Tom Jobim was one of the good ones). Eydie Gorme's "Blame it on the Bossa Nova and Elvis Presley's "Bossa Nova Baby are just two examples of the market saturation that turned the bossa nova from a revolutionary fusion of the Brazilian samba and cool jazz into just another annoying fad. Eventually, the Beatles redefined "cool for a generation, and that was pretty much it for the bossa nova.

Not quite. The bossa nova never went away in Brazil, and for several years Rosa Passos has been one of its finest exponents. On Entre Amigos, which marks Passos's North American debut, Passos proves that there is life in this genre yet. It helps, of course, that bassist Ron Carter's name is on the cover alongside that of Passos, but as far as this reviewer is concerned, this is Passos's show. Her voice, which is at once exotic and strangely familiar, is magnificent. Her interpretations of various bossa chestnuts, such as "Insensatez, "O Grande Amor, as well as the aforementioned "Desafinado and "Garota de Ipanema, are sublime. She takes these over-familiar songs and makes them sound brand new.

More, she has done what so many vocalists have attempted since the days of Astrud Gilberto, but failed to do: she's made the bossa nova sexy again. The essence of bossa nova's cool is the singer's emotional detachment, and it is extremely difficult to bring about the right balance of indifference and swing that made Gilberto's vocals on "Ipanema and "Corvacado so effective. Passos strikes that balance with distinction.

This is not to say that Carter does not earn his co-billing. As one of the great acoustic bassists of his generation, Carter has proved his chops again and again over the years. No prima donna, Carter spends the greater part of this disc in the background. In many ways, Carter embodies the Zen of the Jazz Bass: to be unobtrusive yet constantly engaging. Carter is that, and more, on this disc. His bass lends the heartbeat to Passos's music. Carter blends effectively with the other musicians, so effectively at times that you would swear that this was an all Brazilian group. His one moment in the spotlight is an exquisite duet with Rosa Passos's voice on "Por Causa de Voce. It is but one highlight of many on this excellent album.

The other musicians, particularly Lula, who provides the guitar solos, and Billy Drewes, who adds his distinctive sound to several tracks, perform with distinction. They create the necessary smooth "" but swinging "" atmosphere in which Passos and Carter weave their magic. Entre Amigos is a lovely album, is sure to stand out as one of the year's best.