BY MARK SULLIVAN
January 29, 2019
Sign in to view read count 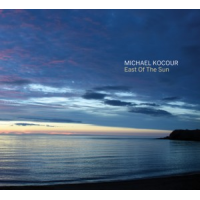 Pianist Michael Kocour—a longtime member of the Chicago jazz community, now on the faculty of Arizona State University—presents his third solo piano album. His previous solo album Wherever You Go, There You Are (OA2 Records, 2015) was a mix of originals, jazz and popular standards, even including a few electric piano tracks. This one (which Kocour describes as "the most traditional" of his solo piano albums) is entirely devoted to standards, mostly from the 1920s and 1930s.

The title tune opens the set, a typically elegant treatment, with the traditional division of labor between the hands—comping in the left, fluid lines in the right. "I've Got A Right To Sing The Blues" demonstrates Kocour's facility with stride piano, as does "Come Rain Or Come Shine." "Who Cares" opens with call-and-response between the hands, before moving into walking bass and unison.

"I Can't Stop Loving You" (the Don Gibson song associated with Ray Charles) closes the album with a jubilant, funky reading, full of expressive tremolando in the right hand and alternating bass lines and chords in the left. Kocour's technique is masterful—the late pianist Marian McPartland said he had "technique to die for," and had him as a guest on her Piano Jazz radio show—but never overpowers the emotional effect. East Of The Sun is a treat for lovers of mainstream jazz piano.