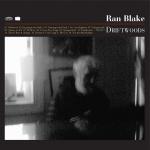 Ever since pianist Ran Blake released his debut recordings on The Newest Sound Around (RCA, 1962) with vocalist Jeanne Lee, he has been a leading voice in the original interpretation of classic standards. With the solo outing Driftwoods, Blake dedicates an entire album to the interpretation of songs popularized by his favorite singers, a list which includes such divergent voices as Billie Holiday, Mahalia Jackson, and Hank Williams.

Blake's noir-like approach to the piano, with his open sense of harmony and time as well as the deep and beautiful melancholy which ingrains his playing, is present on all of the pieces here. Never once does a cliche emerge from his fingers as he infuses these works with a personal and carefully chosen character all his own.

Opening with Tommy Goodman and Peter Udell's "Driftwood" is as apt a beginning as could be hoped for, as both the title and mood inhabit Blake's realm entirely. "Dancing in the Dark," popularized by Sarah Vaughan, follows in two parts as Blake dances lightly around the melody before brief spurts of complex and moody chords reshape the work.

Hank Williams' "Lost Highway" is completely transformed from its country crooner roots into a work whose contrast between spacious detail and rural feel recasts it as a viable improvisational setting. Milton Nascimento's "Cancao do Sol," a Brazilian standard, is similarly reshaped into Blake's language.

Despite their being some of the most identifiable and commonly covered works on the album, George and Ira Gershwin's "I Loves You, Porgy" and Billie Holiday's "Strange Fruit" stand back-to-back here. Even with such recognizable material at hand, Blake's ability to infuse the melodies with new shapes and colors makes these classics his own.

Blake's natural sense of mood is further utilized on "Pawnbroker," the title track from Quincy Jones' score of the film. Stating that "film and voice are my two favorite mediums of expression" certainly applies to the proceedings as his ability to sound as though he is accompanying action makes this film piece all the more apt. This knack for soundtracking is once more apparent on the gospel song "There's Been a Change," a work written by Blake's childhood pastor.

Exploring Charles Mingus' work through "Portrait" is a natural choice for Blake's bluesy harmonic complexities. Indeed, some of his playing is reminiscent of Mingus' own explorations on piano. The disc closes with "You Are My Sunshine," a summery rendition of the classic that fits in nicely with the entire feel of this beautiful album.