BY IAN PATTERSON
October 27, 2014
Sign in to view read count
Four years on from Diatribe Records' outstanding Solo Series I, which featured solo piano recordings by Izumi Kimura and Isabelle O'Connell, a guitar solo offering from Simon Jermyn and a clarinet solo work from Paul Roe, the Dublin label is back with the equally impressive Solo Series II. The four musicians presented in this second round of solo CD releases are cellist Kate Ellis and violinists Cora Venus Lunny, Caoimhín Ó Raghallaigh and Adrian Hart. The four CDs capture the very distinct musical personalities of the protagonists, who rank among Ireland's most progressive musicians, regardless of genre.

Solo Series II—produced in collaboration with the Sonic Arts Research Centre (SARC), the Contemporary Music Centre and Music Network—has been more than five years in the making but the results have been well worth the wait. Individually and collectively, these recordings represent the vanguard of contemporary string music in Ireland today. 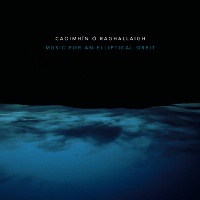 Fiddler Caoimhín Ó Raghallaigh is widely regarded as one of Ireland's most significant and innovative trad musicians. An integral part Ireland's New Trad phenomenon This Is How We Fly and The Gloaming, Ó Raghallaigh has worked with many of Ireland's leading trad musicians. In recent times, he has released Laghdú Self Produced, 2014) a stunning duo recording with with American fiddler Dan Trueman and toured a solo project entitled In My Mind mixing live performance and film.

Haunting minimalism might best describe the music on Music for an Elliptical Orbit. There's a quietly rasping lyricism to "Lithosphere," a whispered quality that would translate beautifully to wordless song. A certain abstraction defines tunes like "Big Mammoth" and "Little Mammoth" -edgy yet meditative, undulating drone terrain. "Cloud" seduces rhythmically almost by accident, as the mere glimmer of a melody glows weakly.

It's hard to believe that only one fiddle interprets "Run" and "Ma Ta/If and Only," as Ó Raghallaigh coaxes harmonic magic from his ten-string Hardanger d'Amore fiddle on these ballads sweet and melancholy. The music is, in the main, rooted in tradition but the peaceful air "Easter Snow" is the only arrangement of a traditional tune. Ó Raghallaigh has previously recorded "What What What" with This Is How We Fly, where percussion and clarinet shaped the tune; here the tune is stripped bare to its melodic essence—achingly beautiful, graceful and uplifting.

If ever a recording demonstrated that less is more, it's Music for an Elliptical Orbit. Ó Raghallaigh's simple narratives, beautifully spun, make for musical poetry. 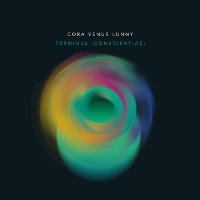 Twelve years ago Cora Venus Lunny would have been described as an internationally renowned classical violinist. These days it's not so simple to stick her music in a box. A guest spot on Sinead O'Connor's album of traditional Irish songs Sean-Nós Nua (Vanguard, 2002) kick-started an on-going series of adventurous collaborations with the likes of Damien Rice, Kayne West and Nigel Kennedy. Lunny is also a member of electronic folk band Fovea Hex, jazz-folk-Balkan ensemble Yurodny and contemporary Irish music outfit Ensemble ICC.

Depsite her eclectic interests and an ever-widening musical vocabulary, Lunny's Terminus (Conscientiae) leans towards contemporary classical music, in particular Béla Bartók's Sonata for Solo Violin. Bartok's sonata may have inspired Lunny's four-movement suite, but Lunny's response is entirely improvised for the forty five minutes duration. Spontaneous composition might better describe Lunny's approach, though the movements were edited—in the order they were performed—afterwards.

The first movement, "The Meeting of Known and Unknown" reflects Lunny's fascination with music and consciousness. Throughout the four parts Lunny travels back and forth between single and dual voices, mournful and dramatic melody, trance-like mellowness and boldly defined rhythms, lyricism and dissonance. The second movement "Jnana (Fermentation)" follows a quite lyrical narrative, with Lunny's high-pitched playing quietly captivating.

Lunny's technical prowess is to the fore on the third movement, "Birth of the Phoenix (Distillation)" with greater use of the violin's dynamics. Dashing runs are juxtaposed against nails-down-a blackboard noise, though dancing riffs and a pronounced rhythmic flow dominate. The short fourth movement, "Satori (Cagulation)" manages to be both restful and gently stimulating and provides a sense of resolution to the unfolding drama of the previous forty minutes.

Fans of Bartók, contemporary string adventures and improvised music will find much to appreciate in Lunny's highly personal, soul-searching endeavor. 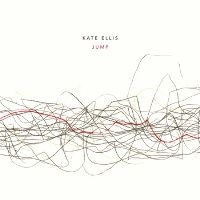 Niall Vallely's "Sondas" sees Ellis layer multiple long notes and a simple motif to beguiling effect. Gently plucked ostinatos and caressing melody give way to stronger bowed riffs and more clearly defined melody. It's an episodic, cinematic piece that rewards multiple listens. Electronics and cello entwine to atmospheric effect on Enda Bates "Apophony," with a subtle drone providing a constant backdrop. The piece moves in waves, alternating between experimental noise and meditative soundscapes. Overall, the effect is calming though the piece culminates in a powerful crescendo of sound.

A simmering tension underlies Laura Sheeran's "Why Do You Smile?" with the initial lyricism quickly swamped by an eerie atmosphere. A bass motif—conveying a certain foreboding—emerges, ushering in repeating layered cello lines. There's warmth in Ellis's delivery but the brick-wall ending is jarring. The spare architecture of Linda Buckley's "Jump" frames Ellis's minimalist stirrings with an initially dreamy, sci-fi soundscape. On a canvas of increasingly abstract noise Ellis imposes stabbing rhythmic motifs. Ellis is at her most lyrical on "Aisling Gheal"; Donnacha Dennehy's setting of a haunting Irish love song.

There's mystery in Ellis's brew of airy lyricism and crushing gravitas and beauty in her sometimes somber, other times uplifting interpretations. 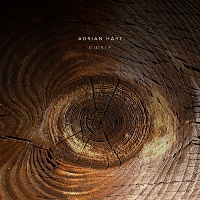 Classically trained violinist Adrian Hart is s much at home playing Bartók or Bruch concertos as he is playing traditional Irish tunes, American traditional folk, cajun, klezmer or Balkan music. A member of Dave Flynn's contemporary trad Irish repertoire ensemble Clare Memory Orchestra, Yurodny (with Cora Venus Lunny and Kate Ellis) and old-time American music band I Draw Slow, Hart is nothing if not versatile. Hart's fascination with the electronic manipulation of acoustic sound colors Cuisle, but his is primarily a journey into traditional music, contemporary string composition and the common ground that lies in between.

"A.O.S."—co-written with Nick Roth—is a curiously hypnotic blend of electronic noise and feedback drenched, Eastern-flavored violin. The lively "Sally Gooden" is one of several tradional tunes interspersed throughout the set; a popular American fiddle tune, Hart gives it plenty. Cuisle is an album of contrasts and "Canone"'s spare, evocative ambiance has a lulling effect.

The five-part suite "Cuisle 'is Tonnta" forms the centerpiece of the recording. The first and third movements combined comprise twelve of the suite's fifteen minutes, with the other three movements serving as atmospheric vignettes. On Movement I Hart layers rich minimalist lines that fuse harmonically and rhythmically. A pizzicato interlude charms fleetingly before the layered parts return once more. Movement II's aching beauty is followed by the urgent riffing of Movement IV, whose febrile rhythm evokes angry, swarming bees. Movement V closes the suite on a gentler yet no less hypnotic note, with Hart's plaintive melodies echoing like counterpoint.

The recording finishes on a traditional note. "Cretan Set" is based on the bouncing Maleviziotis and Sousta dances of Crete. Hart's fast articulations mimic the short, rapid steps of the dancers. Hart crosses to the Appalachians for the lilting fiddle tune "Sally Coming through the Rye," which in Hart's hands sounds as though played by a trio of fiddlers.

Hart is a traditionalist though by no means a purist. Old and new ways coexist on the subtly persuasive Cuisle and that's perhaps how it should be, because traditions, wherever their roots, evolve like everything else.

Music For An Elliptical Orbit

Tracks: Lithosphere; Cloud; Big Mammoth; Rún; Má Tá / If and Only If; Little Mammoth; Easter Snow; What What What..

Tracks: The Known (Calcination); The Unknown (Dissolution); The Known Reveals Itself As Unknown (Separation); The Merging of Consciousness (Conjunction); Jnana (Fermentation); Birth of the Phoenix (Distillation); Satori (Coagulation).

Tracks: Sondas; Apophany; Why Do You Smile?; Jump; Aisling Ghea.