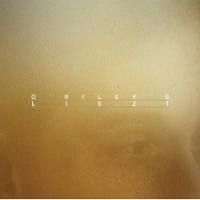 Hungarian pianist and composer Franz Liszt (1811-86) made a career as the consummate concert showoff. He fully learned to be a showoff from fiddler Nicolo Paganini (1782—1840), who, with Liszt, championed the idea of the "Artist as Hero." Previously, it had not been so fashionable for an artist to outshine the composer whose music he or she was playing. With Paganini, this was easy: he composed music that no one else could play and played it with a flair of the dramatic. Liszt did a good bit of his own composing, but also was successful at producing piano transcriptions of operas, symphonies and art songs. While his Beethoven Symphony Transcriptions continue to be the most popular, his treatments of Wagner opera music and Schubert songs run a close second.

Liszt loved the drama of the solo piano recital and he often programmed his transcriptions of the contemporary repertoire into them. In these post-modern times, there exist precious few new transcriptionists, save for Jon Kimura Parker, whose Rite (Self Produced, 2013) breathed new air both into Stravinsky's The Rite of Spring and piano transcriptions.

Enter Christopher O'Riley, who, by all of his own media, is the piano enfant terrible of our time. First, there is "In the grand tradition of virtuosic pianists, Christopher O'Riley's showmanship and iconoclastic statis make him the Franz Liszt of our time." Indeed. Such fanfare would have made Liszt proud. Second, the title of his disc is O'Riley's Liszt. Liszt probably regrets not having titled his Wagner transcriptions as Liszt's Wagner. That would have kept everything in the family!

But it is here that the cheekiness stops, because O'Riley's performance of choice Liszt transcriptions blows the top off the conventional wisdom that piano transcriptions are just background music. O'Riley's Liszt is superbly programmed to demonstrate both Liszt's breadth of musical interest and O'Riley's considerable pianistic and dramatic chops. There is a complete creative package here just waiting to be discovered.

O'Riley's Liszt is a 2-disc set that highlights the best of Liszt transcriptions other than the Beethoven. Disc 1 is capitalized by two opera transcriptions: Mozart/Liszt—"Reminiscences de Don Juan," drawing inspiration and notes for Mozart's Don Giovanni and Wagner/Liszt/Moszkowski/O'Riley—Prelude und Liebestod from Tristan Und Isolde (O'Riley transcribing Moszkowski's transcription of Liszt's transcription of Wagner...got that?). The two remaining short pieces are "Spring Songs" by Schubert and Schumann. In all, O'Riley's playing is scintillating. He performs with a crazed confidence that lingers erotically on the edge of falling apart altogether only to be completed as Liszt certainly would have approved. The wow factor is pretty big here.

But it it the second disc where O'Riley runs the flag up the pole and fires the cannons and, on no better piece that Hector Berlioz's Symphonie Fantastique. Liszt loved to play "Marche au supplice," ending his concerts with the final falling note. O'Riley does the same and lives up to all of his accolades here, capturing Berlioz's nervous energy as interpreted by his friend Liszt. The "Un Bal" waltz is beautiful and fragmented as the march in "Marche au supplice" is hesitantly determined. This is a whirlwind performance that properly approximates the hubris necessary to transcribe and play this music.