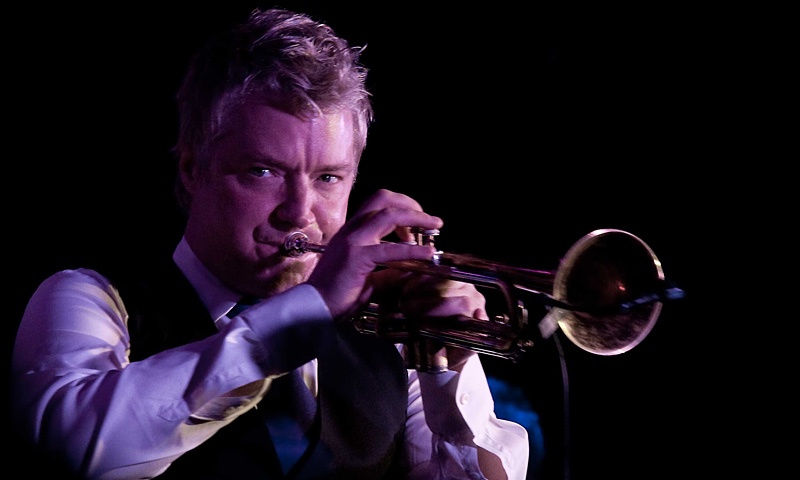 Chris Botti has held his own as a contemporary music darling since making splashes as both a studio and live musician in the mid-1990s. Gracefully sidestepping knee-jerk criticism and bolstered by widespread praise, he has forged a smooth, individual path across a variety of genres, earning an equally diverse fan base along the way. Whether or not one wishes to debate him as a bona fide jazz artist, Botti has at least three things going for him: 1) a pure, flugel-like tone that's unmistakably his own; 2) a keen ear for melody and mood; and 3) an obvious respect for the musicians with whom he plays. Despite his suave image and commercial success, one thing remains clear: Botti is firmly about the music and those creating it with him. Listeners in or around New York City can experience this for themselves at the iconic Blue Note Jazz Club, where every year Botti holds an immensely popular "Holiday Residency."

Botti's 2014-15 stint, his 10th annual, included 42 shows, and this reviewer was fortunate enough to catch the tail end of that three-week stretch. Immediately apparent was just how much openness Botti and his crew brought to the claustrophobically seated venue. This was due only in part to the heavy reverb clipped by way of microphone to the end of Botti's horn and had more to do with the fullness of his technical prowess. From the spacious flamenco vibe of the concert's prelude to its invigorating finale, he carried a robust yet graceful thread of purpose through every stage of the journey. The occasional flourish—a cathartic high here, a long-held note there—felt appropriate and artfully chosen, and his ability to evoke vivid images was not unlike that of a skilled filmmaker.

Indeed, the silver screen was very much on everyone's mind as Botti took a moment between songs to acknowledge the presence of director-screenwriter Paul Haggis, who has been known to sit among the audience for what has effectively become a Blue Note tradition. Botti then offered a tender take on the "Love Theme" from Cinema Paradiso. Its autumnal glow provided welcome respite from the cold night and highlighted the sensitivities of bandmates Caroline Campbell (violin), Geoffrey Keezer (piano), and new addition Lee Pearson (drums). Pearson and bassist Richie Goods made for a dynamic rhythm section throughout the performance, spanning the gamut from livewire funk to brushed cool. They also peaked out the set with two notable solos. Pearson's 10-minute monologue was a cornucopia of virtuosity, moving from mallets to brushes to hands and finally to sticks, while Goods's wise commentary gave the Miles Davis classic "Flamenco Sketches" a smooth facelift and flinted some remarkable piano trio sparks.

In addition to spinning floating reveries in crowd favorites like "Emmanuel," Campbell unleashed the fire in variations of what sounded like a Hungarian theme. Guitarist Ben Butler, whose shoegazing strains accompanied Botti in a duo rendition of Leonard Cohen's "Hallelujah," provided heat of his own for "The Very Thought of You." The pop standard came with dedication to an Italian couple at the front table celebrating their 53rd wedding anniversary, and deepened the jovial connection between stage and floor maintained by Botti from start to finish. It also featured the standout artist of the night, vocalist Sy Smith, whose powerhouse lungs and instrumental inflections amped up the tower and then some. Whether bantering with Botti or even playing his horn during a soulful "The Look of Love," she held down the station with panache. This last tune also sported some awesome electric piano from keyboardist Andy Ezrin, who provided atmospheric synth textures at almost every turn. The final guest was tenor George Komsky singing on Botti's beloved "Italia." With this operatic nod, the puzzle was complete.

Through it all, Botti maintained a democratic edge. He soloed selectively and tastefully, never once dominating the passions of his bandmates. And that, in the end, was what made the performance such a joy. More than the music, it was the convivial spirit of sharing it that sent us back out into the chill with our inner hearths freshly stoked.