Checking In On The Czech Republic: A Pair Of Offerings From Amplion Records

By DAN BILAWSKY
January 18, 2013
Sign in to view read count
Jazz history, development, and direction have always been documented through the force of recording. In the past, that meant that the few and mighty major labels and handful of independent start-ups essentially dictated what would and wouldn't be disseminated to listeners around the world. Now, with the collapse—or (re)evolution—in the music industry, things have changed. Recording doesn't cost an arm and a leg anymore, it's fairly easy to distribute music, and independent labels are documenting scenes that might have been marginalized or entirely ignored in the past. Amplion Records is one such label.

Lucie Kukulova founded this Prague-based indie, which focuses on young Czech jazz artists, in 2003, and she's been releasing a diverse assortment of music under the Amplion name ever since. Now, as the label celebrates a decade in the business, Kukulova can look back with pride at what she's done for the jazz scene in her native land. These releases are but two examples of what's been happening in Prague. 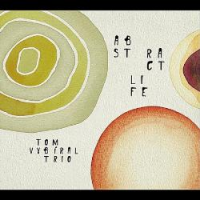 Leaders come in all shapes and forms. Some set the direction for their band with musical strength and force, and some establish their dominance through their written work; Drummer Tomas Vybiral does neither. He only shares a writing/arranging credit on two numbers and, more often than not, prefers to remain in the background. These selfless gestures indicate a leader who simply enjoys the music and doesn't find a need to be an assertive entity unless the song truly demands it.

Abstract Life finds Vybiral and his musical partners making a lot of music that's certainly mellow, but hardly abstract. The line between solo and melody is often obscured, but the consonance, steadiness and structure, in both vertical and horizontal musical measures, is never in question. While the record is billed as a trio affair, five of the nine numbers feature a fourth player, and trio member Frantisek Krticka is a triple threat on piano, Fender Rhodes and vibraphone. All of this helps the core group to avoid the sonic limitations that surround many typical piano trios.

The album opens with three numbers that touch on delicate interaction and the blurring of roles between band members, but memorable melodies are scarce. "Almost Dark" finally finds the trio, with guest Krystof Marek on Fender Rhodes and Krticka on vibes, in a more rhythmically and melodically enticing environment. From that point on, the band perks up. "French Evening" brings back a taste of the subdued, but the band takes a funky turn on "Walking On The High Castle—Vysehrad" and melds a Brazilian vibe with a Chick Corea-like melody on "Maria Kira." Guest vocalist Zuzana Mikulcova joins the group for the album closer, bringing something different, if slightly out of place, to this pleasing program. 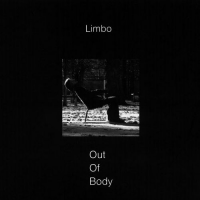 Limbo is a far-reaching sextet that works in the electro-acoustic soundscape-meets-improvised music arena. This group may not fall squarely under the "jazz" banner, but it certainly connects to the spirit of jazz. Virtually every number on Out Of Body looks out at an ambient landscape at some point, but most pieces also evolve enough to keep things interesting. "Stalker," for example, starts things off in a dark, odd-metered, funk-fusion direction, but arrives at a more spacious locale. "Dowland" is sunnier than the rest of the material and gives pause to admire Pavel Hruby's soprano saxophone work. Hruby's playing often stands out, as he brings creative expression and personality to the fore. His simple bass clarinet lines add volumes to the anemic and arid climate of "Solaris," his soulful soprano is at the heart of "Lovering," and his tenor is front and center during the Bill Frisell-ish beginning of "Native Country."

Hruby proves to be the melodic heart of the group, but bands need more than heart to operate. Guitarist Jiri Simek proves to be a textural marvel and pianist Michal Nejtek, who also covers Fender Rhodes, keyboards and samples, is a builder of sonic worlds. Drummer Martin Kopriva takes the band from the mundane to the aggressive when he enters the picture ("Hotel Kubrik" and "Lovering") and Tomas Reindl fills in the gaps with tabla and auxiliary percussion work. While there are moments to admire each man's individual contributions, Limbo's music is about the constructive creationism of the whole and Out Of Body makes that clear from start to finish.