By JOSHUA WEINER
December 7, 2003
Sign in to view read count 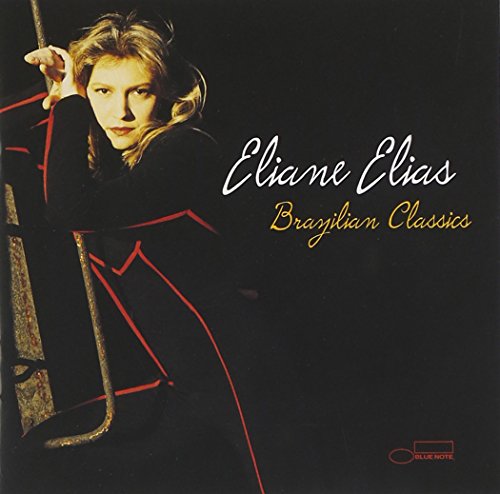 Now that longtime Blue Note pianist/singer Eliane Elias has left the label for RCA/Bluebird, several compilations of her work are being released, including the present item, Brazilian Classics. A cynic might note “just in time for Christmas,” but even if its release is motivated mainly by marketing concerns, the CD provides a useful, focused troll through Elias’s back catalogue. Although Elias has ranged far and wide in her recordings (which include hard bop, pop-jazz, and classical pieces), this is the music with which she is most associated— bossa/jazz classics from the songbooks of Jobim, Nascimento, and others from her native Brazil.

Elias is at home with this material and her piano work is muscular and confident. As such, the best tracks on the album are the instrumentals that feature her in a trio setting, mostly with bassist Eddie Gomez and drummer Jack DeJohnette. Throughout punchy and inventive takes on “Passarium,” “One Note Samba,” and “Black Orpheus,” Elias goes toe-to-toe with the rhythm section, with exciting results. Her tendency to introduce subtle reharmonizations and rhythmic variations keeps these well-worn tunes from sounding like boring retreads.

Somewhat less successful are the tracks featuring her vocals. While her thin yet husky delivery is appropriately unstudied on Só Danço Samba,” it can’t quite carry “Chega De Saudade” or “Girl From Ipanema” convincingly. Having Elias’s young daughter sing on “Ponta de Areia” was not the wisest of decisions either, bringing to mind, as it does, grade school recitals best left forgotten.

That said, however, Brazilian Classics is an appealing listen, thematically unified and impeccably produced. The hardcore jazz fan may do better with Elias’s Plays Jobim album, from which many of the best tracks with Gomez and DeJohnette are taken. But bossa nova fanatics, or maybe those wishing for a warm Brazilian breeze in the dead of winter, will enjoy this generous selection of Elias’s work.