By C. MICHAEL BAILEY
April 3, 2017
Sign in to view read count
Men have no monopoly on having or playing the blues. Here are five women serious about their music. 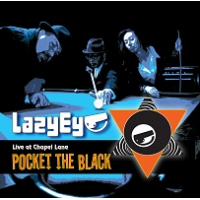 Live at Chapel Lane is a nice left turn on the greasy archetype of the guitar-organ jazz trio. That these funky greens are being produced by the Australian band Lazyeye somewhere in the southern Australian climes is just the international gravy made by the music. The woman in this band is guitarist Erica Graf, who is all-purpose in her blues approach, showing much time in the woodshed. She gigs organist Evan Whetter into the necessary grooves that this music requires. Whetter is also the lead vocalist of the group, singing with a clear, well-balanced tenor that floats just above his competent organ playing. All of the pieces are original compositions by the band, all of who have studied this music closely. The title tune is a very clever blues filled with mirth and surprise. "Back the Way I Came" is a romping jump blues that strolls con brio. "Let Med Down Easy," is downhome blues as opposed to most the recording, which is of and urban lounge variety. This is a live recording, always the best way to hear this music, always with cold beer out of the bottle. 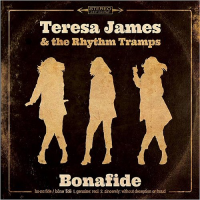 Native-Houston vocalist Teresa James leads a band called the Rhythm Tramps who are held down by the singer's bassist/composer partner Terry Wilson. The band has been associated with Delbert McClinton's Sandy Beach Blues Cruise for more than a decade and it shows in both James' singing style and instrumental makeup. Comparisons to Bonnie Raitt are to be expected and the print has not disappointed. I hear a tamer version of fellow Houstonian Mandy Lemons Nikides (of Low Society) and Detroit's own Eliza Neals. Typically playing with a horn section, James favors things more stripped down on Bonafide, he follow up to 2012's Come on Home. Guitarist Billy Watts sports a thin, mercury blues sound that helps define standards like the "5" Royales' "I Like It Like That," the sprite original title piece, and a slow burn on John Hiatt's "Have a Little Faith." James is a journeyman singer and that is to her credit. Her band is tight and her vision sure.

Note-and tempo-perfect grooves are what Kat Riggins' band delivers. This recording, Blues Revival, benefited from excellent and too perfect engineering and mixing. There is not a hair out of place. Native-Floridian, Riggins sings with a robust gusto that would fill any room in which she was appearing. Guitarist Darrell Raines plays her perfect foil, providing also keyboards (hear that B3?) and background vocals. The filigree Raines weaves with his Fender Stratocaster is sinewy and fecund and populate every one of the ten Riggins original compositions and a couple of what passes for standards. Blues Revival is not a simple collection of 12-bar blues. "Good Girl Blues" is a southern soul fest in the vein of Bobby Rush, with twice the attitude. "Wail Away" is a tribute to guitarist Raines, while "Queen Bee" is a jump blues that strolls. "Murphy's Law" is a slow groove grind well beyond traditional blues. Sam Cooke's "Change is Gonna Come" is introduced by "This Little Light of Mine" before ascending into the disc's central fulcrum, upon which the rest of the selections rest. 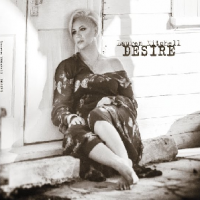 Another Floridian, Tampa-native Lauren Mitchell comes in with a muscular alto voice capable of bending iron. Desire is borne out of the chaos of a dissolving marriage and band, honed to the disintegrating edge of creativity by loss, as only great R&B can be. The singer decided to channel these negative events into a taut collection of 13 pieces. The title piece is a swampy, humid song propelled by Josh Sklair's tremolo-rich chording (and white-hot slide guitar playing) pushed by Jim Pugh's electric piano. "Desire" is Mitchell's valedictory, her redemption, full or church, sex, and animus. Mitchell slays Aretha Franklin's "Good to Me as I am to You," drawing her voice from deep within her core: Think Joe Cocker channeling Otis Redding on Mad Dogs and Englishmen (A&M, 1970). Juxtapose that to the funk-whiplash of "Anti-Love Song" or the church in "Bridge of My Dreams." Mitchell is in no mood for taking any prisoners. 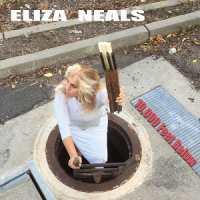 Detroit singer Eliza Neal follows up her incendiary Breaking and Entering (Self Produced, 2015) with the face-forward step of 10,000 Feet Below. She returns with her band, The Narcotics (which is a franchise on this recording), and regular guitarist Howard Glazer for a collection of mostly original tunes composed between the singer and Glazer. Where the opener, "Cleotus." Is organically acoustic in a dreamy, opiate way, "Another Lifetime" is molten minor-key mayhem. Now, all artists considered here have a bit of church in their respective releases, Neals' idea of church is summed up in the corrosive "Burn The Tent Down." Neals brings back the 1970s in all of its excessive beauty in "10,000 Feet Below," with Glazer making a big guitar impression. Neals is at her unhinged best on "You Ain't My Dog No More" featuring Glaser's fat slide guitar playing over some Deep Purple organ playing. The pair completely transform Skip James' "Hard Time Killing Floor" as "Hard Killing Floor." 10,000 Feet Below is ferocious and uncompromising, moving the perimeter of the blues back and forth at will.