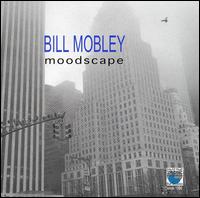 A major magazine's annual jazz awards poll used to incorporate a category called: "Talent Deserving Wider Recognition." If there ever was an under-the-radar talent worthy of that award, trumpeter Bill Mobley (prounounced mobb-lee) is 2008's winner hands down. And based upon his superb playing and composing/arranging efforts here, Moodscape could be the vehicle to launch Mobley towards that well-deserved wider recognition.

Mobley, well respected among musicians but sorely under-exposed, puts it all on the line in this terrific CD. Right from his entrance on Ray Noble's "The Touch of Your Lips," he invites you to be caressed by his beautiful, warm tone and subtle articulations. Pianist Mulgrew Miller, he of the magnificent touch—and another artist deserving wider exposure—comps and stretches out with taste and command. "This Is The End Of A Beautiful Friendship" swings with a very pleasant "Time After Time" feel. Here Mobley's trumpet covers the standard's changes with a lyric, no-cliches feel and with gymnastic improvisational surprise. Bassist Robert Hurst's gentle push and drummer Eric Harland's tasteful, yet never overbearing cymbal work are both an absolute treat. Miller's solo work on the cut is worthy of, well, take it both ways, an "Oscar."

On Jimmy Dorsey's beautiful "I'm Glad There Is You," Mobley's tone is simply beautiful, expressive and vocal. His spare vibrato ripples shades of classic Miles Davis. Seductive. Miller and team interplay and support without stepping on toes.

The late, great trumpeter Lee Morgan was a wonderful, creative tunesmith and spectacular performer. Mobley follows in this trumpeter/composer tradition with the interesting offerings, "The Hymnotist" and "Time Riff." As he does across the disc, Mobley shows ability to work some terrific rhythmic variety in his solo work on both his composed charts. Check out Miller's solo on "Time Riff" and Harland's Roach-like solo there as well. Exquisite stuff.

Although Mobley and crew perform it in a swinging style after a tasty rubato solo intro, "For Once In My Life," the Stevie Wonder hit, is the weak entry here. It's a bit too "club date-ish" when juxtaposed with the other terrific selections presented on the CD. Perhaps if the selection sequence were different, it might not stand out so. Horserace brushes scoot you from the gate on "You and the Night and the Music." Mobley's Harmon-muted solo scampers crystal clean and is reminiscent of the speed and clarity—and inventiveness—of the wizard of "speed clean harmonizing," Clark Terry.

The production values are fine here as well. The recording is superb. Interestingly, there are no liner notes to distract or inform you (you certainly won't need them), only session photos.

Overall, Mobley's work is highly impressive and intriguing here. New listeners will probably be encouraged to check out Mobley's other efforts. Here's an exciting trumpeter blipping and bebopping his way smack onto jazz radar screens. It's certainly about time—and talent. Four and half stars.

Tracks: The Touch of Your Lips; This Is the End of A Beautiful Friendship; I'm Glad There Is You; The Hymnotist; Time Riff; Prelude To A Kiss; For Once In My Life; You And the Night And the Music; Eastern Star.