Home » Jazz Articles » Big Star: Live-r Than They Ever Were

Big Star: Live-r Than They Ever Were

By Doug Collette
February 2, 2019
Sign in to view read count
In recent years, the cult of personality surrounding power-pop pioneers Big Star has reached near-obsessive levels. Between band reissues large and small, tribute concerts and archiving of the solo work of its principals, Alex Chilton and the late Chris Bell, the devotion of the fan base has isn't likely to subside anytime soon either, so it's only natural that additional archiving work continues apace. Yet it would be a shame if these two live releases were lost in the shuffle: each in its own way (and especially taken together) represent the attraction(s) of the band as well or better than the renowned studio LP's #1 Record (Ardent, 1972) and Radio City (Ardent, 1974) 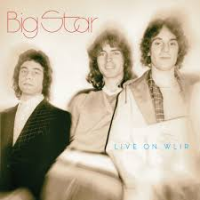 A direct companion piece to Live at Lafayette's Music Room (Omnivore, 2018), Live on WLIR is part of a string of Big Star-related releases, dating back to the 2016 release of the Complete Third (Omnivore, 2016) (it actually precedes two reissues of Alex Chilton solo works in 2019). Free of the band's natural predilection for perfection in the studio (not to mention its annoying Anglophile affections), the rigorous arrangements match the deft selection of material for the stage, the combination of which factors enhances the intrinsic spontaneity. Jody Stephen's peripatetic drumming is almost as entertaining to follow as Alex Chilton's guitar work and, for his bass part(s), John Lightman functions as a fluid nexus. Much of the set overlaps with that of its concert counterpart—no big surprise as the group didn't exactly have a wealth of material to draw upon—but "Mod Lang" is a delightful exception even apart from its good-humored intro. The one cover here is Loudon Wainwright III's "Motel Blues," the appearance as a solo acoustic rendition by Chilton late in this performance (originally released on Rykodisc in 1992 and produced for reissue by label co-founder Cheryl Pawelski) allows Michael Graves' resounding remastered sound to hit home with the following "In the Street" (used as the theme to TV's That 70's Show): given its original home on WLIR FM radio, it's no surprise the audio is clean and clear, but the aforementioned engineer deserves kudos for the preservation of the breadth of the stereo spectrum. 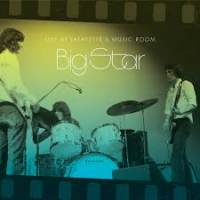 In contrast to its single show companion piece, Live at Lafayette's Music Room is a twenty-track composite of three hometown Memphis performances in January 1973 first released as the fourth CD of the comprehensive Big Star box set Keep Your Eye On The Sky (Rhino, 2009). As recounted by esteemed music journalist Bud Scoppa in his factually scrupulous and empathetic liner notes, the original Big Star quartet had already splintered with the ignominious departure of guitarist/vocalist/songwriter Chris Bell (who died tragically shortly thereafter). As a result, remaining members Alex Chilton, Andy Hummel and Jody Stephens rehearsed and played as a trio, demonstrating admirable forethought on a number of fronts, not to mention the daring of a four-song acoustic set in the middle of this sixty-minutes-plus; this exquisite rendition of "The India Song, " is further proof of Chilton, Hummel and Stephens' bond, yet that sublime interlude is hardly the only stellar interval. In fact, the earthy grit prevalent on "When My Baby's Beside Me," like the hard rock component of "She's A Mover," emphasizes elements of the band's music not always readily discernible in their studio work. Live at Lafayette's Music Room not only reaffirms the validity of Big Star's homage to its main influences (The Beatles and The Byrds: in combination with the New York recording of the next year, this title may finally convince those confounded and/or undecided about the righteous legacy of this ill-fated band.

Tracks: September Gurls; Way Out West; Mod Lang; Don't Lie To Me; O My Soul; Interview; The Ballad Of El Goodo; Thirteen; I'm In Love With A Girl; Motel Blues; In The Street; You Get What You Deserve; Daisy Glaze; Back Of A Car; She's A Mover.

Tracks: When My Baby's Beside Me; My Life Is Right; She's A Mover; Way Out West; The Ballad Of El Goodo; In The Street; Back Of A Car; Thirteen; The India Song; Try Again; Watch The Sunrise; Don't Lie To Me; Hot Burrito #2; I Got Kinda Lost; Baby Strange; Slut; There Was A Light; ST 100/6; Come On Now; O My Soul.