"The Mississippi Delta begins in the lobby of The Peabody Hotel and ends on Catfish Row in Vicksburg. The Peabody is the Paris Ritz, the Cairo Shepheard, the London Savoy of this section. If you stand near its fountain in the middle of the lobby... ultimately you will see everybody who is anybody in the Delta..."

My 21st Century corollary to this adage, expanding on a theme introduced in a review of the 13th Annual Clarksdale Juke Joint Festival might be more specifically stated:

"The Mississippi River Delta exists in the fertile triangle whose base is formed by the line passing from Jackson through Vicksburg, Mississippi, west to East Monroe, Louisiana and each side leading to the apex in the Peabody Hotel bar, where the gin is dry and whistles are wet..."

No matter what, Memphis, Tennessee always puts its muddy shoes under the bed of the Belly of the Sun.

The 2016 Beale Street Music Festival (BSMF) kicked off the month-long celebration of the 40th Annual Memphis in May International Festival. With humble beginnings, the BSMF was inaugurated in 1977 at the corner of Beale and Third Streets, in downtown Memphis. In 1978, the Festival officially joined the Memphis in May, which added the World Championship Barbecue Cooking Contest, a Sunset Symphony, a sporting firework display, and a spectacular grand finale featuring the "1812 Overture," which became an event mainstay (as it since has at Little Rock, Arkansas' annual Riverfest).

Attendance at the BSMF has steadily grown throughout the festival's history. In 1990, bursting at the seams with more acts, sponsors and attendees than one street corner could handle, the festival moved to Tom Lee Park, on the banks of the Mississippi River, and by 1995, the weekend event exceeded 50,000 attendees, doubling that by 1997, and nearly tripling it in 2001, with crowds of 165,000 selling out the festival. The BSMF now ranks (as well as often shares acts with) the New Orleans Jazz and Heritage Festival (whose second weekend coincided with this year's BSMF) as a premiere music festival in the Mid-South.

Insert here the requisite passage addressing God's hellish sense-of-humor disguised as Mid-South weather. But scheduled so early in spring and with Mother Nature the fickle and vindictive mistress she is, the weather is often as potent a force as the music and the 2016 edition of the festival erred on the side of thunderstorms and acres of rich delta mud. The positive thing is that it rained little while the music was playing, leaving the mud, and the unavoidable comparison to Woodstock, on the mostly prepared boots of experienced festival goers (those in white Nikes and sandals, not so much). Nothing, and I do mean NOTHING, can beat Memphis, on the bank of the Mississippi, on a sunny day, wet or not.

The BSMF featured over 66 musical acts: from Neil Young to Beck, from Weezer to Daniel Rateliff and the Night Sweats, from Paul Simon to Grace Potter. It was an embarrassment of musical riches too great for any single person to fully ingest. That said, I will address only those artists I saw, framed by their most recent recordings (or whichever one I choose, in some cases). Here they are in roughly the order in which I saw them and I have included set lists where available: 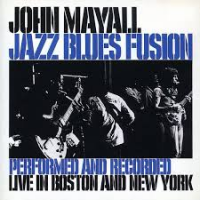 Having just left the Pearl River Resort Blues Tent after having seen a spirited performance by Chicago singer Charles Wilson, I wandered over to the ever-present Bud Light Stage to catch Lucinda Williams, and then, Los Lobos. My wife and I sat down and made some new friends, when a lightly English-accented voice announced, ..."and now one from 1969, 'Room to Move.'" Originally, Jonny Lang was to perform, but cancelled due to inclement weather. What I thought I was hearing was some well-meaning blues cover act that was going to play John Mayall. Then, the music started and it was not that at all, but Mayall himself, in all of his 82-year old glory, playing what had become, in my estimation, his signature song. Flummoxed as I was, I exclaimed, "it's John Mayall," after which every Millennial within hearing distance asked, "Who?"

Long ago, when giants roamed the landscape, a there was a period in popular music known as "The British Invasion." Most pedestrian music listeners would equate this period specifically with the Beatles. But, this invasion, in fact predated, and was larger than the Beatles and included the Dave Clark Five, the Kinks, the Rolling Stones, Herman's Hermits, the Animals, and the Who. Buried within this wave and an equal part of the blues and folk revival taking place at the same time was the Macclesfield, Cheshire-born John Mayall. While perhaps not a household name, like Miles Davis in jazz, Mayall, in his band the Bluesbreakers, would foster blues talent who eventually eclipsed him. This talent included Eric Clapton, Jack Bruce (the Yardbirds, Cream, Blind Faith, Derek and the Dominoes), Mick Taylor (Rolling Stones), John McVie, Peter Green, Mick Fleetwood (Fleetwood Mac), and Jon Mark, Johnny Almond (Mark-Almond Band). That is an impressive class of students by any estimation.

Jazz-Blues Fusion...My introduction to Mayall was during an adolescent sliver of 1972-73 when my girlfriend's older brother introduced me to Jazz Blues Fusion and Movin' On (Polydor, 1973). These recordings were novel to me because Mayall had moved into using a horn section, one that included, at various times Blue Mitchell, Ernie Watts, Billy Mitchell, and Clifford Solomon, each an old jazz hand, but I did not know that at the time. I just heard something that sounded like the big band stuff my older father liked from World War II, except that is was funkier and more organic. Jazz Blues Fusion was, like many of Mayall's albums of the period, a live recording. The original LP's first side is taped from a Boston performance held November 18, 1971, while the second side was culled from two concerts at Hunter College, New York, on December 3-4, 1971. These seven selections readily illustrate Mayall's command of concert drama and dynamics. The opening "Country Road," appears as if an apparition, slowly building in momentum and heat to the logical slow blues coda. Mayall defines jump blues with the lengthy "Goodtimes Boogie." The highlight of this 1970s patchwork quilt of shows is "Exercise in C." Mayall's harmonica ability has never been in question and he readily displays the influences of Big Walter Horton and both Sonny Boys. As the title states, this is a "Jazz Blues Fusion" (as if one needed to be noted). Mayall and many here continue in this vein on the very fine Movin' On. Mayall remains completely undiminished at 82.

Setlist: Nothing to Do With Love; Dancing Shoes; Nature's Disappearing; Parchman Farm; Not at Home; Chicago Line; Checkin' Up on My Baby; Have You Heard About My Baby; Room to Move. 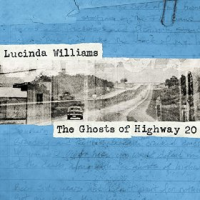 Immediately following Mayall on the Bud Light Stage was singer/songwriter Lucinda Williams. Williams has roots deep in the region. Her father, poet Miller Williams was born in Hoxie, Arkansas, immediately south of Walnut Ridge in Lawrence County (in the Arkansas Delta Proper). While growing up, Williams lived in Fayetteville where her father taught at the University of Arkansas. Lucinda Williams' voice may best be described as having a certain Quaalude clarity. Her live performance at the BSMF was that of a caustic hillbilly prophet, on not crying in the wilderness, but raging in the honky tonk. Williams is a potent stage presence, commanding and confident; all of these adjectives and adverbs abundantly present during her set.

Williams opened the show with "Protection" from 2014's Down Where The Spirit Meets the Bone (Highway 20 Records), a song shared with the FX program Justified in the first episode of the final season. Williams sang the song with a molten disregard for her subject backed by her crack touring band. "West Memphis" from the same album, was determined and insistent. Williams has always favored overdriven guitars a little on the whiskey, weaving in and out of her lyrics like a rusty 1979 Camaro heading for a lamp pole. Previous to this was Williams' famous ode to the late singer/songwriter Blaze Foley (Michael David Fuller), "Drunken Angel," who Williams once called, ..."a genius and beautiful loser."

Williams only contribution to the BSMF from her most recent recording, The Ghosts of Highway 20 was the backwards, electric country blues "Doors of Heaven," a darkly defiant consideration of death and the hereafter, delivered in Williams boozy trademark way. She tore the house down with a searing eight-minute version of "Joy," from her 1998 recording Car Wheels on a Gravel Road (Mercury) making it easily the apex of the performance...and that was before she addressed the frightfully sexy "Righteously" ("Be my lover don't play no game / Just play me John Coltrane" Yeow!).

"There's a sadness so deep the sun seems black / And you don't have to try to keep the tears back / 'Cause you couldn't cry if you wanted to...even your thoughts are dust...".

Any dementia caretaker will recognize this universe immediately.

Williams allows guitarists Bill Frisell and Val McCallum to have free reign with her trademark guitar benders. The album, recorded during the same period as her previous release, Down Where The Spirit Meets the Bone is a travelogue through Williams' past, a road trip visiting all of the haunts of her coming-of-age. Williams does not believe she will live forever, only that she has much more to say before she goes. 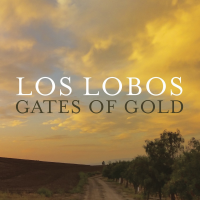 Left to my own devices, I would be tempted to tell you that Los Lobos is the greatest band in America, or anywhere else. The band's performance following Lucinda Williams was a revelation, an epiphany, and a dope-slap reminder that there is still good music being produced and that music is a synthesis of other music: rock and roll, Tex-Mex, border country, folk, R&B, blues, brown-eyed soul, and Mexican traditional music like cumbia, boleros and norteños. The result took the Bud Light Stage and blistered the mud with an hour long set of their near 40-year career.

The band punctured the musical consciousness with 1984's How Will The Wolf Survive? (Slash/Warner), continuing to release recordings at regular intervals thereafter. Their stage show was a bright mix of originals and covers, fully living up to the band's live reputation. The band was liberal with their own and other's music. "One Way Out" was a pleasant tip-of-the-hat to the Allman Brothers Band, while the triptych "Not Fade Away / Bertha / Turn on Your Lovelight" stimulated every Grateful Dead neuron I had left.