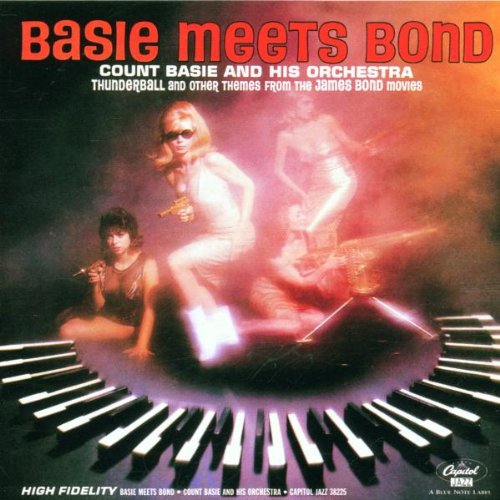 Leave it to one of the most swinging big bands of its time to make a silk purse out of a cow’s ear. Visiting themes from James Bond movies, arrangers Chico O’Farrill and George Williams craft hip and bristling versions of what might appear to be less than complimentary pieces for jazz exploration. But then O’Farrill was a master writer and he proved that this Bond thing wasn’t just a fluke when a year later in 1966 he helped to develop the catchy Basie's Beatles Bag.

With its low sputtering bones and lively cowbell taps, “Kingston Calypso” is typical of the transformation with strains of “Three Blind Mice” worked in just for fun. “Dr. No’s Fantasy” gets things blaring from the git-go as drummer Sonny Payne’s swaggering backbeat pushes further and further, Basie injecting those sparse few notes here and there with characteristic élan. And those are just two highlights among many, not to mention the boisterous and characteristic statements of tenor man Eddie “Lockjaw” Davis.

Originally issued on the United Artists label, Basie Meets Bond can be recommended without reservation despite what might seem like the misguided intentions of some marketing exec.