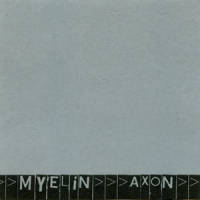 Music as a means of free expression has many votaries, but trumpeter Birgit Ulher and alto saxophonist Heddy Brubaker bring an interesting perspective to their investigation and manipulation of sound. Ulher, who has been involved with experimental music and free improvisation since 1982, seeks to enhance the sound possibilities of the trumpet. By extension she explores the relationship between sound and silence. Boubaker is no slouch either, turning a crackling imagination into amazing concepts that scuttle barriers.

Boubaker plays the alto saxophone on Axon, recorded in July 2010. He has since stopped practicing the saxophone to concentrate on analog modular synth and electric bass. This, then, becomes an opportunity to witness how he brings the saxophone into uncharted zones to find common logic and unusual permutations in seven impulsive movements with Ulher.

The impulses driven by the moment take several forms. Shape finds its essence in various semblances that rise on the wings of imagination and logic. At first the approach is more exploratory, as on "Impulse 1," which shades slivers from the trumpet, flurries of breath and squiggles that are set up both as call-and-response and entwining tonalities. Objects, knobs and feedback knock into "Impulse 2," but here as well brass is used in the transmutation of sound to take the end game into a deeper trough.

Ulher and Boubaker expand the drive as they use their instruments to greater degree along the way, letting silence be a quick messenger that divines the interlocutory passages. They do it with an ingrained sense for the odd, yet distinctive, which makes for a listen both provocative and intriguing.