Jazz has a rich history as protest music, but it seems that, over the past year or so, this message in the music has come to the fore again. This month's mix captures the current wave of protest in jazz, where every tune has a story to tell.

First up is an atmospheric track from Jaimeo Brown's self-titled 2017 album which features a collection of work songs in new settings. Interwoven with this month's music is chanting from real protests in 2017, taken from the innovative 'Cities and Memory' project which collects field recordings from around the globe and remixes them into pieces of music.

Following Jaimeo Brown is just a snippet of '1960 What?' from Gregory Porter's debut album, which set the tone for his social message. Trumpet player Terence Blanchard's R&B infused 2015 song "Breathless" covers the death of Eric Garner at the hands of police officers, responding in a manner which is direct yet poetic. However the poster boy for the current political surge in jazz is Christian Scott aTunde Adjuah aTunde Adjuah, who recently released a trilogy of albums on social and political themes, from which the edgy, electronic-influenced "Ruler Rebel" is a title track.

Meanwhile, "Cable St" is the first offering here from the next generation, taken from the debut album of British bassist Daniel Casimir. (Cable Street in London was made famous by a 1936 battle during a march by Oswald Mosley's British Union of Fascists.) Also on the Brit side are vocalists Zara McFarlane, with her song "Stoke the Fire" from an album melding jazz with reggae (a genre known for speaking out), and newcomer Oscar Jerome. Saxophonist and rapper Soweto Kinch has never shied away from politics; here he tackles it head-on in "Four Caste" from his album Nonagram, also drawing on hip-hop's protest background. Despite being part of a concept album constructed from the harmony of numbers, Kinch's music deftly conveys a flurry of social observations, ending with the refrain 'What's it all for?.'

Unlike Casimir, American foursome Kneebody have been on the scene for over a decade but have only just released their first album of 'protest music,' saying the "For the Fallen" is for victims of war and police violence. Changing the musical direction slightly, twin sisters Ibeyi (daughters of the famed Cuban percussionist and Buena Vista member Miguel 'Angá' Díaz) tell the story of their wrongful arrest in Paris through subtle anthem "Deathless," accompanied by Kamasi Washington on sax.

Billie Holliday's "Strange Fruit" was where it all began: the first protest song in jazz to reach the wider public. The mix closes with vocalist Jose James' haunting take on the even more chilling original. 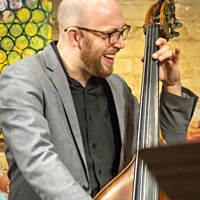