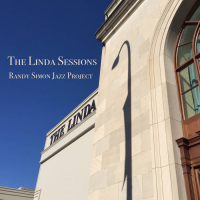 The Randy Simon Jazz Project brings to mind, on The Linda Sessions, a high end sports car in top condition zooming down a straight highway, with a rhythm section/drive train boosted by a piano and a guitar. The sound is clean, momentum smooth and straight forward. The tune--the opener of a two CD set--is “Just Deal With It." The band is as tight as a late fifties/early sixties Blue Note Records session, featuring the four man rhythm section with a ...

Meet Randy Simon:Randy Simon had piano lessons for a year as a child, and took classical piano lessons for a period while in graduate school, but music took a back seat for many years as he built up a successful career as a physicist. “I did not return to the piano until I inherited the grand piano that I grew up with and started taking jazz piano lessons," says Simon. “After several years of study with jazz pianist ... 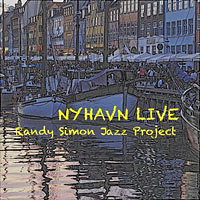 As instrumentalists and established groups explore new musical vistas, there's somewhat of a “safe harbor" in the richness of classic hard bop. Perhaps that's because the repertoire and stylistic formats of drummer Art Blakey and the Jazz Messengers, pianist Horace Silver and the like offer performers significant latitude in terms of groove, melodic and harmonic diversity, and muscular platforms from which to launch improvisational expression.With NYHAVN Live (pronounced “Neye-HAH-vin," a reference to a Copenhagen waterway), composer/arranger Randy Simon ... 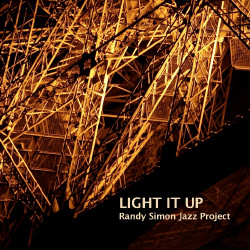 The Randy Simon Jazz Project is a collection of some of Upstate New York's best and brightest jazz luminaries, all brought together to play the music of the titular Simon. Simon's compositions and arrangements are extraordinary. Complex yet completely accessible, he paints dazzling portraits in sound, creating perfect launching points for his soloists. Light It Up, Simon's fourth album since 2008, continues a run of exceptional albums that present modern jazz at its best. The performers on this album are ... 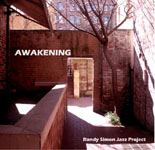 In describing his project on his website, composer Randy Simon characterizes his entry into the world of jazz composition as the result of a “midlife crisis." A lifelong jazz fan, Simon began taking piano lessons as an adult. Finding improvisation to be a challenge, he found that he could write down the melodies in his head, at which point his “piano lessons became composition lessons."

As it happened, Simon's teacher was a performing musician, and through connections forged through that ...