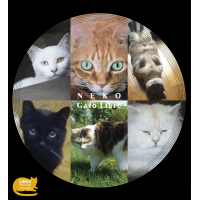 Trumpeter Natsuki Tamura's Gato Libre could now be called Gato Diferente. The group's lineup changed five albums into its journey, after the release of Forever (Libra Records, 2011), with the death of bassist Norikatsu Koreyasu. And changed again with the addition--after Norikatsu's passing--of trombonist Yasuko Kaneko. Then, in 2015, the group's guitarist, Kazuhiko Tsumura passed, leaving Tamura and Satoko Fujii--who plays accordion in the group, rather than her more customary piano--and the leader, Tamura, as the sole original members of ...