By JOHN EYLES
January 11, 2021
Sign in to view read count
In 1995 cellist Anton Lukoszevieve formed the group Apartment House. With between forty and fifty musicians listed as members —including such illustrious names as violinists Angharad Davies and Mira Benjamin, pianist Philip Thomas and clarinetist Heather Roach alongside Lukoszevieve himself—the group has a flexible line-up which changes according to the music being performed (as in the album credits below, for instance.) With well over half of the group's albums having been issued on Another Timbre—more so since the label was launched in 2007—Apartment House has practically become the label's house band, a point emphasised when the three very different albums below formed over half of the label's autumn 2020 batch of releases.... 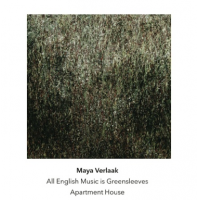 Maya Verlaak
All English Music is Greensleeves
Another Timbre
2020

Maya Verlaak is a comparatively young (born 1990) Belgian composer, performer, curator, teacher and publisher who studied composition at the Royal Conservatoire of The Hague. All English Music is Greensleeves is only her second release; the first one, Tape Piece (Birmingham Record Company, 2020), featured the sounds generated by Verlaak and her collaborator, Andy Ingamells, wrapping their (clothed) bodies in various types of tape— masking, clear, gaffer—and then peeling it off noisily; appropriately, it was issued on cassette. If that suggests a playful streak, Verlaak also has an experimental side. She has said, "The composition department in The Hague welcomed experimental views and it wasn't difficult to find like-minded students...We spent lots of time together experimenting. During the years 2008 to 2012, I developed a very broad view of the possibilities within contemporary music."

Verlaak's combination of playfulness and experimentation is a winning formula, illustrated by the three tracks played by Apartment House. "Lark" has a double meaning, firstly the name of a bird ("alouette" in French) and, secondly, larking about or frolicking. When Verlaak was transcribing cassette recordings of improvised melodies she had made as a four-year-old, she realised they were all inspired by the song "Alouette." With "Lark," she was searching for the lost simplicity and innocence of those songs, as indicated by the piece's simple single notes and her own playing of music box which acts as the piece's irregular conductor. Simple yet effective and affecting.

"All English Music is Greensleeves," which shares its title with the album, takes its name from advice given to Verlaak by her teacher in The Hague before she left to study at Birmingham Conservatoire in 2013; Gilius Van Bergeijk warned her that the conservatory music scene in the UK was quite different from that in The Netherlands, joking that all English composers do is rewrite "Greensleeves" over again...Verlaak's composition comprises two layers, pre-recorded variations on "Greensleeves" by each instrument which are started or stopped, computer-controlled by the pitches the musicians chose to play with the recording. In no way does it sound like a rewrite of "Greensleeves," far more like a charming new piece inspired by the song—in the way that Magnus Granberg's pieces often are... praise indeed!

"Song and Dance," the album's longest piece and its closer, is structurally different to the tracks above, having a score which Verlaak describes as consisting of text instructions that result in a complex listening game. Listeners need not be perturbed or scared off by that as the end result is very easy to listen to and remains so time after time.

As a whole, this album demonstrates that Verlaak is a bright young talent with a great future ahead; her compositions and recordings will be well worth looking out for. 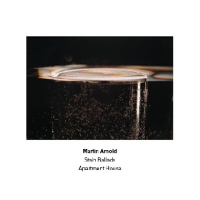 Toronto-based composer Martin Arnold first appeared on Another Timbre in 2017 when his album The Spit Veleta was one of the ten releases comprising the label's celebrated Canadian Composers Series. Coincidentally, The Spit Veleta was performed by Apartment House members violinist Mira Benjamin and pianist Philip Thomas. And—in the light of the Maya Verlaak review above—Arnold also studied for a year at the Royal Conservatoire of The Hague, where he too worked with Gilius van Bergeijk.... small world, eh?

Lest anyone be curious about the title Stain Ballads, Arnold has said that stains are always stain-shaped. They might remind one of something but they don't present a form, a coherent outline, a generic structure that can be abstracted and distilled; he added that every piece of music he makes is a stain ballad.

Those comments make sense when one hears the four tracks on this album, which are compositions dating from 1999's "Slip" up to "Stain Ballad" itself from 2016, and "Lutra" and "Trousers," both from 2017. All four are recognisably from the same source, even though "Lutra" is played solo on cello by Lukoszevieze while on "Stain Ballad" six instruments weave together and around one another; "Trousers" is played on solo violin by Benjamin, and on "Slip" she is joined in a trio by bass clarinet and piano. On this evidence, Arnold has the knack of matching instruments to pieces and vice versa, so that each piece sounds tailor-made, with each instrument being clearly heard throughout and all of the pieces fitting together and complementing each other.

As with The Spit Veleta, Stain Ballads leads one to disagree with Arnold's own judgment that all the music he makes is in some sense dance music; that is not intended to belittle his music, more to emphasise that, rhythmic as it sometimes is, listeners are far more likely to sit transfixed than to feel compelled to move to it. 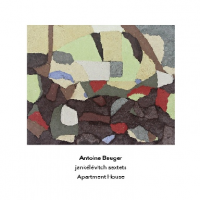 Beginning in 2003 with "Dedekind Duos" and ending in 2005 with "Iwhe Tunings for Twenty," Antoine Beuger composed pieces for every number of players from two up to twenty, often titling them after his heroes ("Peckinpah Trios") and/or giving them alliterative titles. One of the underlying aims of the series was to illustrate the way in which the addition of one musician to an ensemble shifts its dynamics. As Beuger said in his sleeve notes to Dedekind Duos (Inexhaustible Editions, 2020), "When I write for duo situations, I want to learn about what is specific for 'two' as opposed to 'one' or 'three.'" Of course, the difference between ensembles of fifteen and sixteen is less so than between those of five and six, maybe one reason why Beuger stopped at twenty.

Nonetheless, being Beuger, the music he composed for each size ensemble is highly enjoyable in its own right. So, to appreciate Jankélévitch sextets (Vladimir Jankélévitch, born 1903, died 1985, was a philosopher and musicologist, born in France of Russian-Jewish parents...) one need not be familiar with "Kiarostami quintets" (not released on disc yet), Florenski septets (Pan Y Rosas Discos, 2013) or any other size ensemble, despite Cantor Quartets (2013), Tschirtner tunings for twelve (2014) and Ockeghem Octets (2017) having been released by Another Timbre, the label having an obvious penchant for factors of twenty-four...

Instead, this album's one sixty-five-minute track, exquisitely played by Apartment House on double bass, viola, violin, accordion, bass clarinet and bassoon, recorded in Goldsmith Music Studios, London, in August 2020, can be savoured as it slowly and gently unfolds. Sustained notes predominate and the lower frequency instruments provide a solid foundation (as the YouTube extract below demonstrates). Without any immediately memorable melodies, the piece focusses more on the effect of juxtaposing the sounds of different instruments, the six instruments in question providing plenty of variety and scope. The end result is a fascinating composition which can be listened to time and again, revealing new delights every time. Well up to Beuger's usual high standard, in fact.

All English Music is Greensleeves