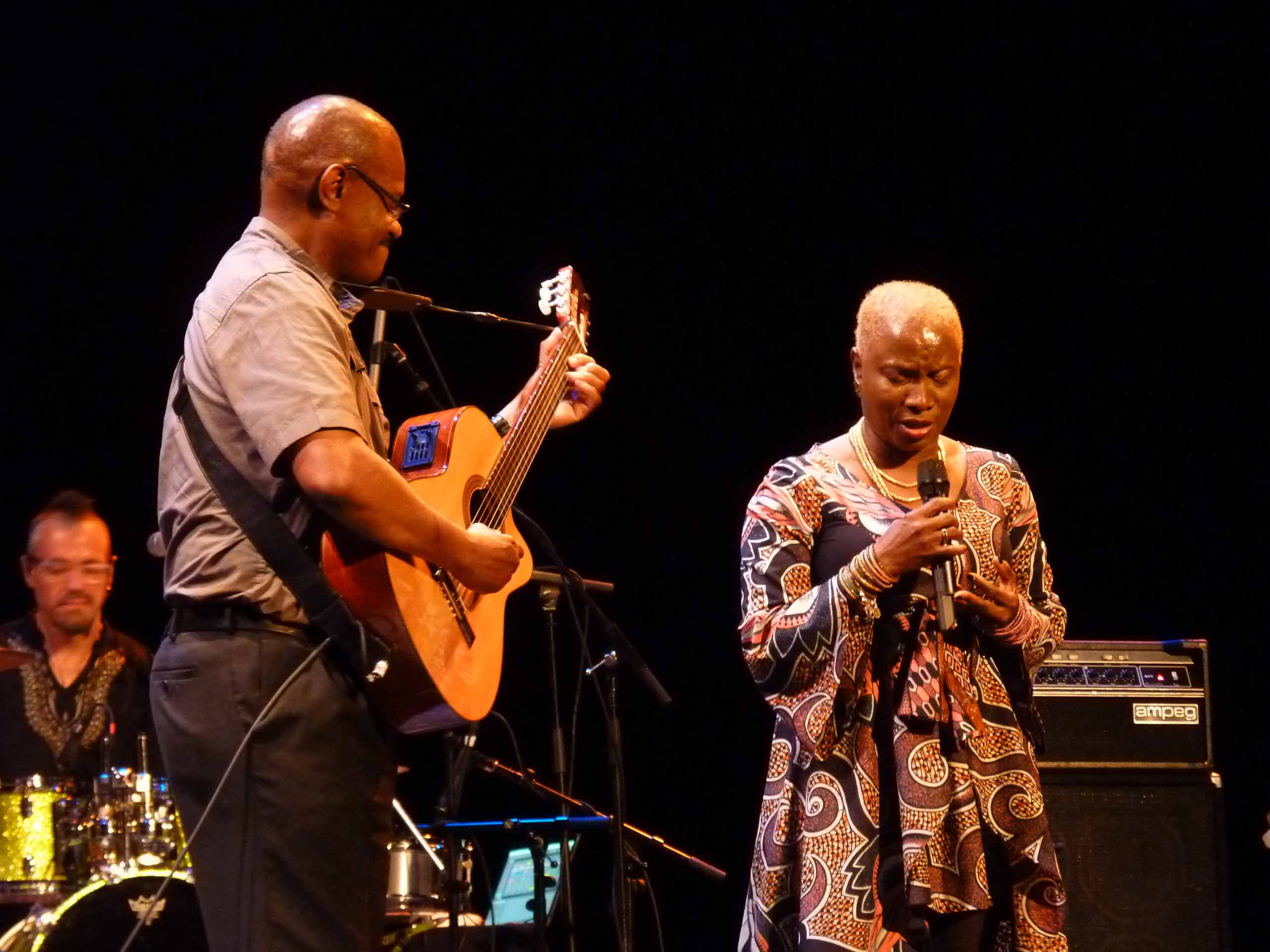 "I believe that any feeling of xenophobia and fear comes from ignorance. Often people think that when you are not like them, you are different and therefore you are a threat. It is not true. I think that the problem of xenophobia today is coming from the world economic crisis. Some people, for example, think that as foreigners we are going to take their work, we will take the bread from the mouth. It is not true. It is not like that. This fear has become a political tool to create divisions so that there are no meetings between the various communities.

"When we realize that we are not so different from each other, because we have all the same concerns; we come all from a father and a mother, all the children of this planet are born in the same way. Wherever I go I do not take a stand as a person of color, I take a stand as a human being; it is as an artist that I speak to everyone. The color of a human-being is not important for me. They are acts and the words that enable me to judge if a person deserves my consideration or my friendship. Considerations of color are not important. Don't fear taking steps on what we can achieve together as human being on this planet."— Angelique Kidjo in a BBC interview

Africa has many artists who have toured internationally, but few can hold a candle to Beninese native and New York City resident Angelique Kidjo, whose command of the English language, combined with a dynamic presence on stage, has made her an international sensation. Kidjo's songs are varied yet consistently solid. Her music meshes Beninean rhythms with elements of American soul and funk, samba, reggae, salsa, jazz, gospel, zouk, makossa and soukous. While she predominately sings in Fon and Yoruba, she also does a few numbers in English, as well as in other African dialects.

She has also used her platform and fame to push for social change in Africa. Long frank and passionate in her opinions, Kidjo has served as a goodwill ambassador for UNICEF. Kidjo 's music covers a vast range of styles, and caters to a large and varied number of audiences. She also routinely teams up with guest artists, which enlarges her appeal to a wider audience.

For the past few years the California Institute of Integral Studies has produced an astonishing series of concerts featuring top-notch international performers. Kidjo took the stage at San Francisco's Nourse Auditorium as this year's season finale.

Donning a wildly colorful, cutaway dress, snaked across the stage as the band (two guitars, drums, bass, percussionist), Kidjo moved into high gear. She swiftly swung into "Ebile," from EveKronos Quartet on the recorded track).

Kidjo then asked the audience to "celebrate the indomitable spirit of my mother." The band cut loose with "Bana," a song which sampled her mother's voice and began with heavy-hitter guitarist Dominic James, strumming Zimbabwean-style riffs, as standout percussionist Magatte Sow hammered on his talking drum with the customary curved stick. "Karuma," also from Eve, on which Kidjo duets with her mother Yvonne, was up next. Before laying down some deft dance steps, Kidjo explained that she wrote that song in reference to her work with women in Darfur.

Following "Sensuous," with its whirlwind dancing and energetic, soulful singing, acoustic guitar came to the forefront with Kidjo's rendition of "Makika," a love ballad sung in Swahili.

For the rest of the concert, Kidjo alternately invited people to activism—even asking them to pull out their cell phones and text at one point—executed scorching dance moves and even briskly strolled among the audience, which was in the aisles or standing in their seats through most of the concert, singing as part of "Afirika":

While she had expounded earlier, "I wish I had the power to do more" as part of one of numerous volleys of astute social commentary, by the time Kidjo had invited the audience back onstage for an incredibly lively, exuberant and exhilarating "Tumba" at the beginning of her celebratory encore, it had become quite apparent that she has already accomplished a formidable amount. But, as Kidjo maintained, "We all have the power to change the world."