By DOUG COLLETTE
November 4, 2016
Sign in to view read count
Alison Miller may well be the renaissance woman of modern jazz. High-profile mainstream gigs like appearing with the band on Late Night with Seth Myers hardly hint at the diverse complexity of her collaborations and work under own name, most conspicuously including the band Boom Tic Boom. She parses out individual components of her artistry with equal measures of humility and ambition, so that her authority as a bandleader equals her generosity of spirit as expressed in tandem with other players. Two of Miller's most recent work reside in a trio setting and while both Lean and Swivel (with the Honey Ear Trio) document the continuity within her work, each also represents the fine demarcations of her creativity. 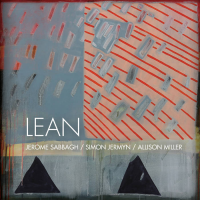 The former trio work, with saxophonist Jerome Sabbagh, bassist Simon Jermyn, is imbued with imperceptible purpose and grace as the abstract likes of "Spotswood Drive" morphs into the more graceful likes of "Electric Sun," where the threesome floats just barely in touch with each other but nonetheless sharing an orbit. Both Miller and Jermyn are credited with effects here, but rather than clutter the sound or render it too dense for its own good, the various treatments are utilized judiciously, thereby enlarging the breadth of the recordings. The title song's musicianship is delicate as gossamer, the arrangement applying almost equal weight to horn, bass and drums, while "Olney" finds each member pointedly expressing their respective personalities together and apart, as accurate a summary as can be of the success of Lean. 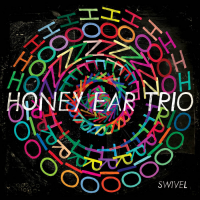 The three-way co-production of the album no doubt facilitates this fine balance, but redners it no less impressive, especially given the fact each member of the trio contributes original material ("Bunker" is a group composition). The Honey Ear ensemble functions on much the same dynamic, yet the use of bassist Rene Hart's acoustic instrument, plus the appearance of the skilled cornetist Kirk Knuffke on three tracks expands the group's palette significantly, as when he harmonizes with saxophonist Jeff Lederer on "Speak Eddie." In fact, the raucous opener, "Arby" signals this is a more visceral piece of work than its moody companion piece. "Silent Stairs" is more ethereal, but insistently so as its momentum grows, albeit ever-so-slowly and almost indiscernibly, over the course of its six minutes and thirty-three seconds. It's a measure of the absorbing nature of Alison Miller and company's work here that such passages seemingly suspend the passage of time..