Swing On The Rocks 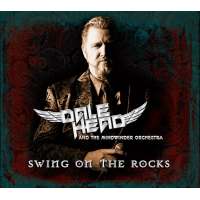 No matter how ambitious the concept or scrupulous the plan, a musical enterprise can be no better than its material. For Swing on the Rocks, vocalist / trumpeter {{Dale Head}}’s idea was to embed and amplify fourteen classic rock songs within the powerful framework of an eighteen-piece orchestra – an idea that no doubt looked awesome on paper. Where it runs aground in actuality is in the choice of ingredients (in other words, the songs), which, in one arbiter’s modest opinion, simply aren’t up to the task.

Others, of course, may disagree, especially as a number of these themes boast well-known (even hallowed) authors: Van Morrison, Fiona Apple, Van Halen, Paul Simon, Rush, the Eagles and others. They were not, however, written for a big band, much less a jazz audience. Arranger Rick Walsh had his work cut out for him, and while he does the best he can, there are only so many ways to polish an unwashed apple, even when employing special effects to offset the general drabness, as he does on “Frankenstein,” “Baby Driver,” “New World Man” and elsewhere.

Head, who sings throughout in rocker mode, also plays flugelhorn (on Morrison’s “Into the Mystic”) and trumpet (“Murder by the Numbers”) but those excursions are so brief that their impact is minimal at best. Ironically, one of the more engaging numbers on the album is the light-hearted “13 Women,” originally the flip side of “Rock Around the Clock,” Bill Haley’s mega-hit that many pundits assert jump-started the rock era. Another tune that lends itself well to the transition is Steve Gaines’ groovy “I Know a Little.” As for the others, squeezing them into a jazz / rock format is a bit of a stretch, and that includes {{Billie Holiday}}’s “God Bless the Child.”

In the liner notes, Head cites high-note maestro {{Maynard Ferguson}} as one of his earliest influences, and Swing on the Rocks seems to mirror in many ways Maynard’s late-career divergence into pop and rock (“MacArthur Park,” “Theme from Rocky,” “Maria” and so on), although Ferguson never quite ventured as far afield as this. For rock fans, an odds-on pleasure; for jazz fans, not so much. 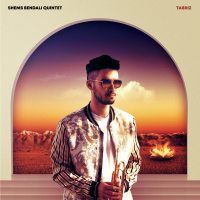 Help improve the Swing On The Rocks page

All About Jazz musician pages are maintained by musicians, publicists and trusted members like you. Interested? Tell us why you would like to improve the Swing On The Rocks musician page.