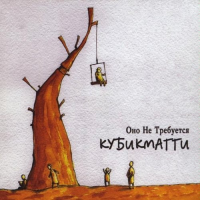 Based fully on the subtlest nuances of sound-picking and dynamics, the sound of the trio makes one rediscover the interaction of the instruments present. Refused as they did the common role of arrangements basement, the bass and the drums are often the bright soloists in the songs, while the voice is only an equal instrument in the overall performance. Keeping the best traditions of modernism, music of KUBIKMAGGI implies an essential part of reflection and interaction. The audience is often induced in the construction of this musical puzzle. Their recent release ‘Ono ne trebuetsa’ (translates as "Needless") (Ulitka Records, 2008) is a good example of this kind of interaction. Abandoning the common attempt of many jazz albums to render the music with its primeval sound, the sound producer of ‘Ono ne trebuetsa’ acts more like a crowning element in the process of music creation. Unusual mixing techniques, often based on sharp contrasts and sound effects are going to keep you amused even if you are not a big fan of jazz or avant-guard. When asked to give an overview of their creative work, the musicians shrug their shoulders and say, "Give a listen". Being the quintessence of post-modernism, KUBIKMAGGI music is so diverse, that it’s really heard to describe it in words. Some will enjoy the echoes of Tori Amos and Fiona Apple, some will be overwhelmed by allusions on Victor Wooten and Mr. Bungle. It’s also possible that some will imagine the heritage of Auktyon. But just like in Dali’s ‘Face of Mae West’, it’s only in combination of the bright and unique artistic approach and the music itself, these details can form a wholesome image of KUBIKMAGGI. Indeed, they are the face of Russian art-jazz. 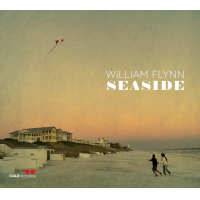 All About Jazz musician pages are maintained by musicians, publicists and trusted members like you. Interested? Tell us why you would like to improve the Needless musician page.