Fourteen years ago I started playing with Meretrio in Brazil. After a few years, the trio became the nonet “Mereneu Project”, and in 2015 I released my first album as a big band leader, conducting a large ensemble featuring some of Austria’s best musicians. So, my musical life as composer gone from trio to nonet, nonet to big band, but these have always been separate. In February of 2018, the two worlds of my big band and my trio came together, giving birth to this new CD.

Meretrio is where I get to explore the intimacy of chamber music with my friends Luis and Gustavo, with whom I’ve been creating music since I was twenty. Playing as a trio is always a challenge and we are always looking for different places to go with our music. Now with seven albums released, on this new CD we are experimenting with combining guitar and trombone via loop machine such that the music can still be performed live.

The big band, the Mega Mereneu Project, benefits from the participation of writers, singers, poetry slammers as well as the fantastic musicians of my band.

The Danish writer Ursula Andkjær Olsen lent me a text of hers, which I used for the lyrics of my composition “Garden Sensibilities”. Even though we have never met in person, music had the power to bring our work together. “Islamwissenschaften” and “Ist es Möglich” were written in partnership with the German poetry slammers David Friedrich and Thomas Spitzer. Their texts are intelligent and sarcastic. Writing music for them was both fun and a great challenge.

The jazz standard “Round Midnight”, written by Thelonious Monk, is a bridge that connects this album to the history of jazz. As a composer in the big band tradition, I see myself as a humble contributor to the history and development of the genre, bound to the tradition by ties as important as unavoidable.

Not only did I have the pleasure to compose the aforementioned vocal pieces, but I was also able to write instrumental pieces for large ensemble. My past collaborations with the HR Big Band in Frankfurt and the HRT Orchestra in Zagreb were my inspiration to write the “Hessischer Waltz” and “Solo for Zagreb”. Every single musician that I meet in life affects the way I feel and understand music and so some pieces are dedicated to specific musicians in the band. “Nicoleta” is dedicated to Nicolo Loro, who has played with me in the Mereneu Project since its beginning and has become a passionate clarinet player. The piece “Liquid” is dedicated to Michael Lagger, with his impressionistic style of playing the piano.

“The Groove” is a present to my whole band. It is a great honor to have them as partners and their contribution is essential to the final product that you’re hearing now! What’s especially beautiful is how all these talented musicians play off one another.

Lastly, I would like to say thank you to all the people who worked directly and indirectly on this production, to all the artists and friends involved and also thank both the Land Steiermark and ÖH of Kunstuni Graz for their financial support. The new album is born! I hope you enjoy listening to it as much as I enjoyed making it! 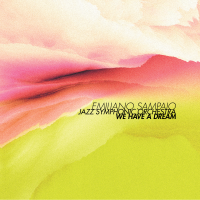 We Have a Dream

Music for Small and... 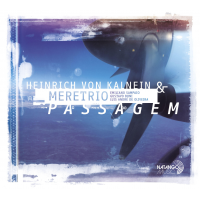 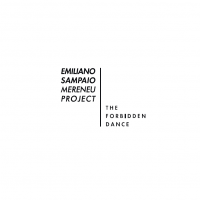 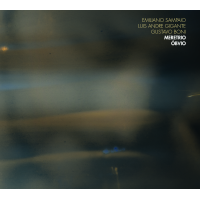 Help improve the Music for Small and Large Ensembles page

All About Jazz musician pages are maintained by musicians, publicists and trusted members like you. Interested? Tell us why you would like to improve the Music for Small and Large Ensembles musician page.