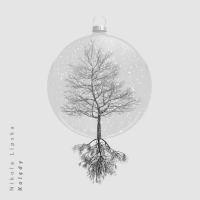 Nikola Lipska is a debuting Polish singer who has found herself in the jazz style. Her album Carols is not so much an efficient performance of well-known songs, but rather a way of introducing herself, referring to her own identity, history, sung with a well-positioned, although still young, voice. In addition to the commonly known Christmas carols, the twenty-year-old singer reached those coming from her own musical culture in Podlasie. Nikola Lipska is a student of the Academy of Music. Karol Szymanowski in Katowice in the jazz vocal class led by Beata Przybytek. She also learned vocal art from Anna Serafińska, Grażyna Łobaszewska, Janusz Szrom and Kevin Mahogany. On the album Kolędy, she focuses on a simple and honest message, which is helped by her band. The soloist is accompanied by young but experienced instrumentalists. The leader of the group is the pianist and arranger of the entire material, Adam Jarzmik, who also has extensive experience in his own creative work. Jakub Łępa plays saxophones, Michał Zwierniak on guitars, Maciej Kitajewski on double bass and Piotr Budniak on drums. There is also a second vocal by Patrycja Michalska. The album had its premiere on December 6 JazzPress

All About Jazz musician pages are maintained by musicians, publicists and trusted members like you. Interested? Tell us why you would like to improve the Kolędy musician page.