The Contest of Pleasures: Albi Days 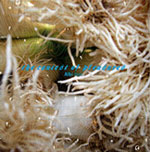 For Albi Days, their second Potlatch recording, The Contest of Pleasures (now the trio's name, formerly an album title; you may recall a similar thing happened with "Foxes Fox" ) adopted a very different methodology to the first, reflecting some of the shifts that have taken place in improv in the five years between the releases.

Whereas the first album was recorded live and released as a faithful record of the live event, as was the norm in improv since its infancy, Albi Days is the result of many hours of recording—using no electronics—in a variety of contexts around Albi, that were then subjected to varying degrees of post-production by the musicians and sound engineer Laurent Sassi (something that would have been considered anathema in improv circles a decade ago—but would barely have raised an eyebrow elsewhere). Butcher is responsible for two tracks (titled in English), the others one each. So the results are as much compositions as they are improvisations. But enough of the methodology; what of the results?

Of the six tracks, the two by Butcher show least evidence of manipulation, making them the easiest to start with. Butcher says that he wanted them to sound "played," and that is what he achieved. "Garden Cress" begins at low volume, with Butcher employing some of his trademark techniques—fingering with blowing, and blowing without making the reed vibrate—resulting in a textured sound environment that would not sound alien in a rainforest (true of several passages throughout the album). Halfway through the piece, the mood shifts dramatically as Butcher starts to generate ever-louder, high frequency sustained notes, accompanied by a drone effect from Dörner. "Winter Squash" features multiple layers (manipulated?) of sustained notes that create a consistent but ever-varying drone to mesmerising effect. More than any other saxophonist, Butcher has come to terms with the role of the instrument in the post-eai landscape, having been crucial in shaping that role.

The opener, Xavier Charles' "Les Oignons," and Dörner's "Karfiol" are both more constructed than Butcher's tracks. However, they are both primarily improvised music rather than something else. Both have droning periods interspersed with periods of extremely low volume; neither has much in the way of all out blowing; both fit the rainforest scenario well. Oh, and both are excellent: I've listened to them countless times and feel I've barely scratched the surface.

The final piece, Sassi's "Les Cornichons," at times resembles an electronic composition rather than improv, although the source material is frequently evident. Its mood is again compatible with that of the rest of the album—in fact, the whole album has a pleasing coherence. This is a rich, complex album that, like the trio's first, will amply repay years of listening. Please, let's not wait another five years for volume three...

About The Contest of Pleasures