By Jakob Baekgaard
October 24, 2014
Sign in to view read count
Things are happening in the jazz underground in Berlin. One of the labels to look out for is Shoebill Music. The label was founded in 2006 by Johannes Haage, Philipp Gropper, Christian Lillinger, Roland Schulz, and Sebastian Sternberg, but today it is run solely by Johannes Haage. In recent years, the label has taken a turn and is now focusing on releasing high quality vinyl albums that come with download codes. It is the plan to offer digital distribution as well in the future, but right now focus is on the physical product.

One of the most prominent artists on the label is German drummer Janis Görlich. Görlich has released two albums that both show his versatility as a composer and player and his ability to shape atmospheric soundscapes and melodies. 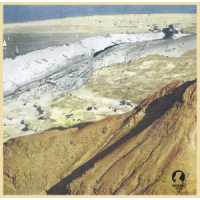 Janis Görlich's Bummelzug Explosion is the name of a project led by drummer and composer Janis Görlich. The word "bummelzug" refers to a slow train that stops at every station and it fits a band that plays slow music with plenty of details. Simply put, the album In der Ferne is a soundtrack for a movie that does not exist. It starts out with "Mangel An Licht" that emulates the sound of a train passing through a landscape. It builds up to a slow-rocking composition with spiky guitar and intertwining saxophones before moving on into a dreamy haze with the train disappearing in the horizon.

The album is in part inspired by the British army lieutenant Thomas Edward Lawrence, who is mostly known as "Lawrence of Arabia." He gets an homage on "Lawrence" with Arabic tonality, dusty electric piano, slow marching drums and a saxophone motif.

Each composition on the album is a complex soundscape that would make Ennio Morricone proud, but fortunately Görlich also knows how to make memorable melodies and he has enlisted a great team of players, including guitarist Henrik Thor Oscar Olsson, who is the man behind the excellent Penumbra ensemble. In der Ferne is an album of sophisticated easy listening and an imaginative journey worth taking. 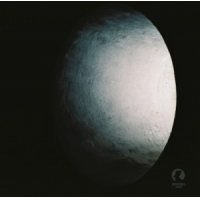 The trio Kleiner Dicker Mönch is presented as the smaller and darker brother of Bummelzug Explosion and in many ways this makes sense. It is a smaller band in terms of size—shrinking the line-up from five to three -and the mood is a bit darker, which is underlined by the cover: a huge moon on a dark background.

However, Görlich has not thrown away the eclectic approach to the music that was found on In der Ferne and there is also a guest this time. While saxophonist Uli Kempendorff played saxophone on the previous album, Jan Rohrback contributes with toy piano and glockenspiel on two tracks.

The line-up with accordion, guitar and drums, balafon and glockenspiel gives a distinctive sound that is both rhythmically vibrant and rich in texture. Jonas Hauer's accordion adds an element of folk-music and cabaret and Henrik Olsson's guitar is closer to the experiments he has made with his own Penumbra Ensemble. A case in point is that his composition "Klee" from his own record actually turns up here. While there is room for improvisation, Görlich still has a soft spot for a good melody and the improvisations on the album are balanced by a firm sense of melodic structure. There is also a nod to jazz tradition in the shape of a cover version of Thelonious Monk's "'Round Midnight." Indeed, this cover shows the original approach of the group with brushes, spherical guitar and Hauer's accordion. It is a cinematic nocturnal delight and like the rest of the album, it plays with expectations and genre while still being able to paint a fascinating mood.