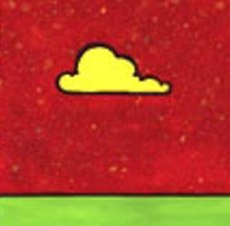 4g (four gentlemen of the guitar)

Hmmm... Four gentlemen of the guitar? Whatever sound image that description conjures up in your head, it is probably a long way from the actual music here. Based on immediate aural evidence, one could more easily believe these were four gentlemen of the tone generator. But listen on and all sorts of subtleties are revealed....

Remarkably, it is now over five years since a release on Erstwhile was reviewed on All About Jazz (the label's fourth release, Tom & Gerry by Thomas Lehn & Gerry Hemingway, reviewed in January 2001.) Erstwhile's proprietor, Jon Abbey, does not find it remarkable that the label's music is not reviewed on All About Jazz, commenting that the music is at least two generations away from jazz. While that is undoubtedly true—one generation takes us back to improv, at least one more back to free jazz—this music also has roots beyond those in jazz or improv, owing much to electronic music and contemporary composition.

In the five years since that review appeared, a quiet revolution in improvised music has been continuing, spearheaded by Erstwhile. The music on the label has been labelled as many things; the most common (although, like other labels, now largely redundant) has been "electro-acoustic improvisation" , often abbreviated to "eai" . Erstwhile (or Abbey himself, actually) has been a driving force of eai, if not quite its inventor, to the extent that eai without Erstwhile is unimaginable. Just as such labels as Blue Note, ECM, and Incus have captured and defined the zeitgeist at various points in the past, Erstwhile is now doing so. Like them, it has its own distinctive roster of players, its own sound and a distinctive visual style. (Keith Rowe's cover painting for cloud is typical.) No need to see the label to know it's on Erstwhile.

Central to the conception of the music is the inclusion of technology alongside (so-called) conventional instruments; it would be remarkable for one of the label's releases not to credit one or more players with using electronics, computer, synthesiser, turntables, i-pod, electro-acoustic devices, amplified textures, or something similar. When eai is compared, say, to Evan Parker's Electro-Acoustic Ensemble (an obvious comparison, given the name), the contrasts are remarkable; although live electronics and sound processing abound in Parker's grouping, acoustic instruments still dominate and there is a clear lineage back to the birth of free improvisation; eai is very different, with conventional instruments only rarely being distinguishable and electronic sounds predominating.

The interaction of electronics with conventional instruments is one of eai's defining characteristics; another is its use of very low volumes, spaces and silences. The combined result is that one has to listen to this music in new ways; it can easily be subsumed into the everyday soundscape of the 21st century alongside the hums, drones, whines and beeps that we all constantly experience, often unawares. Even that great champion of listening to the sounds we generally ignore, John Cage, would doubtless be awestruck by the complexity and relentlessness of the background sounds that today pass for silence for most of us, particularly city dwellers. Against such a backdrop, how should one listen to music that often mirrors it? On speakers it can get lost in the background; on headphones or i-pod you hear it clearly, but it is too much in one's head so that it doesn't change as one moves around a space, one of its fascinations. Played too soft it can disappear; played too loud it can make you jump out of your skin as sound suddenly surges or leaps out of the supposed silence! Of course, there is no right answer. One thing is sure, though; after listening to an eai recording the world sounds different, with its background sounds coming more to the fore than was usual before. Afterwards, sometimes all you'll want to listen to is "silence" . And isn't that one of the main reasons we all listen to music, to make our world a different place afterwards? Yes.

This double CD is unusual for Erstwhile in that it features four musicians; the norm is duos. However, the release's focus on guitars is typical; on Erstwhile, the guitar is second only to electronics as a featured instrument, with brass and reeds used comparatively rarely. Crucially, cloud features Keith Rowe and Toshimaru Nakamura, two of the label's most featured and most important musicians. Rowe has blossomed in his Erstwhile recordings, both paring down and extending the table-top guitar style that he developed in his decades with AMM. One-time guitarist Nakamura's use of no-input mixing board produces washes of controlled feedback that are given variations in shape and texture far greater than any description can convey. (One of the problems of describing this music is that it requires a new vocabulary and ways of conveying its sound and impact; such vocabulary does not yet exist—how do you describe the subtle differences between different types of controlled feedback? I've yet to see anyone do it convincingly—hence the use of words like "shape" and "texture" !) The ongoing liaison between Rowe and Nakamura is also symbolic; collaborations between European free improvisers and players from the Japanese onkyo (= "sound vibration" ) movement have been a key factor in eai's evolution.

On cloud, Rowe and Nakamura are joined by Christian Fennesz and Oren Ambarchi, both guitar experimentalists, but both also with occasional populist tendencies. (Witness Fennesz's Endless Summer album, or Ambarchi's Grapes from the estate.) cloud consists of three performances—over two hours of music—recorded live during the foursome's tour of May & June 2004. Despite the very different histories and playing styles of the four, it is impossible to separate out the musicians' individual contributions and fruitless to even try; they are subsumed into the collective and combine into a seamless whole. For any one player to stand out would run counter to the overall collective ethos. In that regard, this music is light years away from jazz's focus on soloists and solo virtuosity, some of which carried over into free improv. Never have the entreaties "Leave your ego at the door" & "When in doubt, leave it out" seemed more apt; one dominant voice here would destroy the subtle and delicate balance between the four.

At the start of "Perfect Grass" you could be forgiven for thinking your hi-fi is broken; a long opening silence is only broken by quiet crackle (like LP surface noise), before an intermittent low-frequency hum/drone starts to make its presence felt (rather than heard). Slowly (always slowly!), from overlaying such simple elements plus very occasional plucked notes, the four build up a complex and varied piece—"sound sculpture" is as apt a description as any—that has all the hallmarks of any fine music; namely, it is full drama and tension, holds one's attention throughout, and stands up to repeated listening, revealing more and more each time.. On "Deformed Veil" , there is no recognizable conventional guitar sound, plucked, strummed or otherwise. The piece consists of electronic tones, largely high frequency, overlaid and interspersed with prolonged hiss and crackle of differing tonal qualities. (You see the difficulty—futility?—of attempting to accurately describe this music.) I must have listened to this track a hundred times by now; every time it comes up fresh and exciting. High frequency tones and white noise/hiss are the signature sounds of eai; they have great potential to become clichés if not used sparingly and creatively. Suffice to say that there is never any danger of that here. The hour-long "Yellow Cloud" is the album's tour de force; from its sparse, repeated opening notes that slowly build a sense of expectancy, through a central section dominated by sustained notes and tones—which further heightens tension—to a closing section that brings some sense of resolution, tailing off into silence, it has a tranquil, mesmeric quality throughout, allied to a clear dramatic curve. As they did with improv in the past, there are those who will tell you that eai is the musical equivalent of the emperor's new clothes. Pay them no heed. This emperor is currently one of the best dressed dudes on the block.

It shouldn't be five more years until another Erstwhile release is reviewed here. (between by Rowe and Nakamura was recently released.) Watch this space.