She was a well- rounded entertainer in the vaudeville tradition, an artist who gave her audience drama and humor with equal skill.
&#151Chris Albertson on Bessie Smith 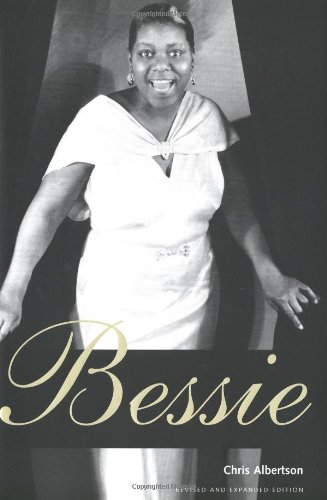 Reprising his 1972 biography Bessie, Jazz Journalist and long time contributor to Stereo review Chris Albertson has added to the lore of the blues.

Historically and culturally the first successful woman entertainer in the United States Bessie Smith has been referred to as the "greatest , "highest paid and "The Empress of the Blues but by detractors as a "blues-singing fat mama who drank, until the "Folk and Blues revival of the 50's and 60's sparked renewed interest in all Africian-American music. Why did it take so long? Mr. Albertson explained, "Black performers—especially older ones - exercise understandable discretion when speaking to white writers; there are aspects of black life that many feel are best unshared... and it behooves many African Americans to preserve the mystique that years of racial division has caused.

A year after she joined Columbia Artists, Music Trades (2/16/24) wrote to its Dealers about Bessie Smith's blues: "It is interesting to note that although Bessie Smith sings selections written especially for the colored trade and generally written by colored composers, her records enjoy a considerable demand among white people. This has been specially noted among professional white entertainers, all of whom seem to recognize and appreciate her unique artistry. . . . A consummate actress, Bessie Smith throws her whole personality into characters of her songs. To hear the records is to realize this.

A prior instigator of the traditional jazz revival, "George Avakian, discovered the original metal masters of 'Cake Walkin' Babies From Home' in 1940, Bessie Smith's first electrical recording, unreleased since the May 25, 1925 studio date with Fletcher Henderson. Albertson put it in historical perspective, "It is true that by 1930, the blues idiom had lost whatever popularity it once enjoyed in New York but the South continues to embrace it. . . . Hers (Bessie's) was still the strongest voice in the business.

Reverently writing of Ms. Smith's background Chris Albertson states, "She was a well- rounded entertainer in the vaudeville tradition, an artist who gave her audience drama and humor with equal skill. By reporting his luck in discovering Bessie's niece and chorus line dancer Ruby Walker, we get to relive her wonderful memories describing Bessie behind the curtain or at home in scenes as detailed as a TV sit-com. Thus we get to know of this writers' love and understanding of jazz history.

In anticipation of the ending Mr. Albertson's enthusiasm bumped up a notch as he related "the last time I saw her stories. Lionel Hampton—"We were going to make records... I told everybody in the Goodman band. . . . You know, what she sang was so relaxed, the stories she sang became so true—This was reality. And John Hammond recalled, "I had planned to record her for Columbia's Brunswick series.

Describing the fateful late night 70 mph drive out of Memphis abruptly ending Chapter 10 was but a prelude to Mr. Albertson's quest to tell the whole story by finding the doctor and including his interview to dispel the myth erroneously created by John Hammond. And so Chapter 12 began: "Bessie Smith's stature as an artist is too great for her story to end on that dark Mississippi road in 1937. She left a rich legacy, her musical influence, both direct and indirect is ongoing, and even as we move into a new millennium the magic of her name continues to inspire.

Chris Albertson has done an admirable job in updating our perspective on those changes since 1971 when he won a Grammy Award for Best Liner Notes for "The World's Greatest Blues Singer (Bessie Smith) . His perseverance is noteworthy.

It's a great time to refresh our understanding of Bessie Smith as we celebrate her 110th Birthday on April 15, 2004.