By DOUG COLLETTE
January 26, 2019
Sign in to view read count
Jazz Journal is a regular column consisting of pithy takes on recent jazz releases of note as well as spotlights on those titles in the genre that might otherwise go unnoticed under the cultural radar. 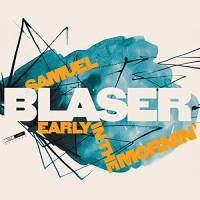 Samuel Blaser's engagement with the blues on Early in the Mornin' inspires sparkling arrangements and vigorous musicianship. The frontman's lusty tones on the opening title track set a tone wherein the trombonist and his accompanists, sans vocals, manage to evoke both the dread and euphoria intrinsic to the genre. Titles such as "Levee Camp Moan Blues" and "Lonesome Road Blues" further illustrate the musicians' collective connection with this material half original and half traditional over the course of the ten tracks and sixty minutes. The ensemble generates sensations alternately soothing and provocative, all the more so as the mix of instruments, including electric piano and clavinet, spans the stereo spectrum. Such attributes make this record worthy of close attention, whether the musiclover is a blues fan or not. 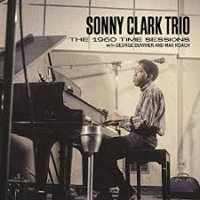 Most piano trios elicit a reaction more cerebral than visceral, but Sonny Clark and his accompanists, George Duvivier on bass and the legendary Max Roach on drums, imbue the music they create with an earthy quality. Expanding upon the previously-released vinyl version of this album with heretofore unavailable alternate takes and false starts (both remastered to great effect), the trio leans into their playing, their sweat-inducing exertion sounding liberated and liberating, a sensation listeners will no doubt share. Including the original Nat Hentoff liner notes, a new essay by Ben Ratliff and unseen photos, it's little wonder this package received a Grammy nomination: all its content, right down to the colorful design of the tri-fold digipak, deserves close and careful perusal. 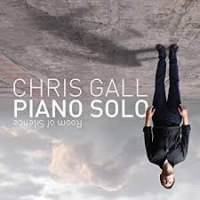 Because the graphic design for Room of Silence so clearly mirrors pianist Chris Gall's idiosyncratic engagement with his music, this solo piano album is indeed a complete package. A prominent cover image picturing this gifted musician leaning intently toward the ivories directly reflects that virtue, even as the inscrutable logic of his musicianship enhances the durability of the record. Accordingly, the inclusion of Lennon & McCartney's familiar "Julia" elevates the accessible nature of the CD, while three judiciously-sequenced "Interludes" challenge listeners to absorb the contrasts: just as the music begins to sound too somber (and confounding) for its own good, Gall injects a playful flurry of notes, seemingly out of nowhere, on "Behind the Curtain. " Such unpredictable ingenuity reaffirms how completely engrossing is Room of Silence. 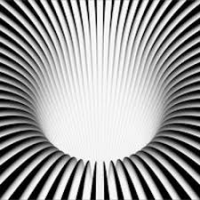 Harriet Tubman transcends the compact nature of its three-piece alignment, creating deeply atmospheric music that envelops but never overwhelms the listener. The group clearly aspires to elevate themselves and those who hear them, a process furthered dramatically through the recording and mixing of Scotty Hard (long-time collaborator with Medeski Martin & Wood): the resulting mix of assaulting and insinuating sound begs for exactly the kind of sonic clarity he provides. Flinty funk in the form of " Unseen Advance of the Aquafarian" is one cut offering stimulus to the body on par with other tracks that equally provoke the mind, such as this impassioned instrumental interpretation Bob Marley's "Redemption Song," the sole selection here not composed by the group itself in conjunction with the aforementioned. engineer/producer. 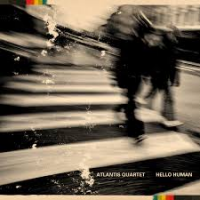 The Atlantis Quartet move instinctively around each other as they play on this sonically pristine and stereophonically-detailed self-production. During the opener," Ligaments," for instance, the sonorous series of notes unfurling from Zacc Harris' guitar sets an inviting tone for Brandon Wozniak's tenor saxophone as he (almost) imperceptibly assumes the solo role, while double bassist Chris Bates and drummer Pete Hennig ramp up their rhythmic support. The foursome continues apace for the duration, with flourishes from the rhythm section that both prompt and react to the gentle but insistent twirls and swoops from the melody instrumentalists. As intimated through one title here, a "Ghost Tension" consistently informs the musicianship, the previously established unity fully in keeping with the nuances of the group's all-original material.

Early In The Morning

The Terror End of Beauty