By JAKOB BAEKGAARD
March 22, 2016
Sign in to view read count 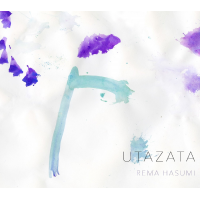 There once was a painter. He wanted to paint everything in the world, so he took the largest canvas he could ever find and started painting in his studio. In the beginning, people came by and watched interestedly as the landscapes spread around on the white canvas and detailed characters began to emerge in a world of green plants and wild animals. The years went by, and the painter would still be painting, adding layer upon layer, color upon color. No stone would be left unturned.

People around the painter naturally became impatient, some even aggressive. "When will you finish that painting of yours?" they asked. In the end, people left and the painter was lonely, feeling that no one understood him. He would just be painting in his studio, all alone.

But one day, he met a girl. She was also a painter and she wanted to meet him because they had something in common. They had both worked on a single painting their entire lives, so they would have something to talk about. The girl showed her life's work to the painter and he began to cry when he saw it, not only because it was so beautiful, but also because he recognized the beauty of his own painting in her work. The painting was very simple. Just three dots and a canvas as white as milk. "You see," she said. "We are just the same. I will never really begin and you will never really finish. But we will always be painting until we disappear because that is who we are: painters."

This little story might not just be about painting, but also an allegory of music. Perhaps, the story could be a part of "Utazata," a Japanese word from 12th century Japan used to describe the passionate conversations on music that were held between singers and their audience. Pianist and singer, Rema Hasumi, uses the name for her debut on the promising new Brooklyn based label, Ruweh Records. Utazata becomes a metaphor for a music that is as much about deep listening and musical conversation as it is about self-expression.

Musical shapes slowly emerge on the opening track, "Azuma Asobi" and the elegiac trombone lines from Ben Gerstein blend with the spherically soaring voice of Hasumi. Guitarist Todd Neufeld punctuates the piece with spiky riffs while the rhythm of bassist Thomas Morgan and drummer Billy Mintz float gently in the background.

"Chikuzen Imayou" is introduced by delicate piano chords, slowly rolling, dark and dense. Morgan lets the bass- lines hang in the air and builds airy and sophisticated patterns with an organic, woody sound. Mintz rustles his cymbals and Neufeld's electric guitar breaks through with sudden dramatic outbursts, but still with a melodic quality underlined by the occasional humming from the guitarist.

Utazata is a lyrical album with twists and turns. Abstract rubato ballads that convey music in the making. This does not mean that the music feels unfinished, but rather that Hasumi is able to capture those elusive moments when silence becomes music and music becomes silence. The musical painting of Utazata is both naked and blank and filled with many colors and layers.