By GEANNINE REID
February 26, 2018
Sign in to view read count 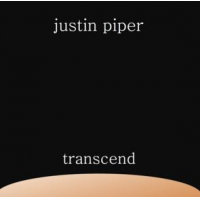 Guitarist and composer Justin Piper resides north of Boston where he teaches, composes, and performs regularly throughout the New England region. His 2016 album Avant Funk has been re-released through Arabesque Records. Piper is the musical director for the band Ripcord, while also leading his own group that performs his compositions along with improvisation-based pieces.

Piper is an accomplished classical guitarist, specializing in the 20th century South American repertoire. His studies are from the third generation of Andres Segovia's pedagogy. Combined with his gift for improvisation, this gives Piper his own signature style. His music is clear in harmonic movement, contains strong melodic flow, and is easily assimilated. His latest CD, Transcend, explores multiple genres, touching on jazz, fusion, rock, and pop to improvisational and world music. Piper's compositions are void of formulas and his melodic structures organically unfold to create passionate musical stories. Transcend is a one-man band, Piper plays nylon and steel acoustic guitars, lap steel, bass, oud and banjo. He also, programmed, orchestrated, produced, mixed, and mastered the entire project. Piper excels at creating layered performances that sound natural and his multi-instrument prowess is impressive throughout the fifteen tracks contained on Transcend. "Through Composed" finds Piper improvising over a swiftly moving acoustic guitar finger style arpeggio pattern. One can hear the classical guitar discipline in his right hand. Clear articulation and clarity of the melody is evident, even though this is just a supporting accompaniment figure, the musicality is evident. The composition unfolds with string sounds and Piper playing various melodies and improvisations. His language of improvisation is one of themes. Piper is always developing a melodic motif; through embellishments, rhythmic manipulations or developing fragments into completely new motifs, Piper is always building the musical story.

"Mahavishnu's Lullabye" is an obvious hint to one of Piper's influences. The theme has a shifting time signature pattern that John McLaughlin is famous for using. Again, Piper's classical training can be heard in his multi-part acoustic guitar playing and his contrapuntal efficiency in all the parts. This piece certainly brings flavors of world music into play, with East meets West rhythms and harmonies. The composition has a nice arc that develops into a climax followed by Piper stating a new melody for a cadenza figure, all to good effect!

"Mahavishnu's Lullabye" is followed by "Peace Three." The two pieces work very nicely together and have a suite like structure. "Peace Three" has Piper's signature use of layering and swift arpeggios in the underlying accompaniment. Here, Piper's single note improvisations are outstanding. Clear well-articulated fast runs that maintain the melodic color while giving the music energy are abundant. Piper certainly has chops, but that is not the focus, which is a nice musical change from a lot of guitar-based albums.

At times one person performing multiple instruments could end up being a pitfall, but in the case of Piper, his ability to create variances and interest in each piece is clearly conveyed and masterfully performed.