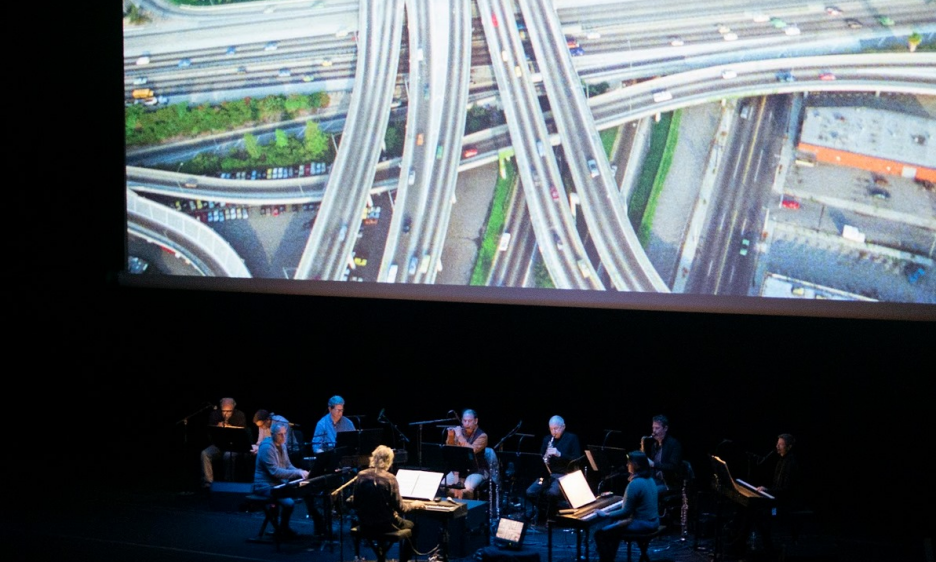 In a long and illustrious career laden with major works and countless performances, the "Qatsi trilogy" holds a special place in composer Philip Glass' oeuvre. The Qatsi refers to the three documentaries or art films directed by Godfrey Reggio which were created over a period of 20 years and for which Glass contributed the music. These three films titled Koyaanisquatsi (1982), Powaqqatsi (1988) and Naqoyaqatsi (2002) deal with environmental and cultural issues that are still highly relevant today, particularly in light of global concerns regarding climate change and related environmental issues. The titles were taken from Hopi Indian language and with these extraordinary non-narrative films both Reggio and Glass take the spectators on a spectacular, eye-opening, mind-expanding journey that explores and portrays life out of balance, life in transformation or life as war. This year, the Philip Glass' Ensemble performed the music from all three films at the renowned Philharmonie de Paris.

Visiting Paris is always a great idea, especially for cultural events. This city is probably equally important for Glass' formation as a composer as New York. Back in the '60s, he got a Fulbright scholarship to go to Paris and study with Nadia Boulanger. It's also a city where he met sitarist and composer Ravi Shankar and the work they did together with Indian music had a profound effect on Glass. This is where the insight into reductive music for Glass occurred. It was from there that he embarked on another voyage of discovery to India and it was during this journey that he immersed himself in Tibetan Buddhism. Also, this past April, apart from the Qatsi trilogy performances, the Philharmonie de Paris honored Philip Glass with another special weekend with performances of works that also included sitarist Anoushka Shankar performing the music of Passages by Glass and Ravi Shankar together with the Orchestre de Chambre de Paris. So it was a real treat to experience Glass' music at the Philharmonie de Paris, which is a true architectural marvel. Both on the outside and the inside, the design is such that it maximizes the spectacle and augments the senses of how the music is perceived.

Unfortunately, upon arrival in Paris, a strike began which paralyzed the city and created havoc with the traffic. As a result, it took 4 hours just to travel with a shuttle from Airport Beauvais to Porte Mallot and all but one line of the metro was closed. So, I decided instead of going to the hotel to go directly at the Philharmonie. Thanks to some very kind people on the streets I was able to reach the Philharmonie, but not on time, so I missed the opening of Koyaanisqatsi. By the time I got there, the Philip Glass Ensemble was already firing on all cylinders. The ensemble members played with such energy, focus, and synergy which was a great indicator of even greater things to come, not just for that evening, but for the other two performances as well. For these three concerts, Philip Glass didn't play with the orchestra (I assume due to his age and obligations on the compositional front) so the Ensemble was led by Michael Riesman.

Commanding the Ensemble, Riesman's leadership from the keyboards was strong and compelling as he conducted the subtle shifts in pulse and rhythm. Made up of ten musicians including guest violoncellist Matt Haimovitz for the Naqoyqatsi, the Ensemble was incredibly flexible as it handled the soundtracks with a tight but loose grip. During all three evenings, the Ensemble gave faultless performances of these fastidious yet emotional pieces. The wind instruments, the percussion, the voices, and the electric pianos created a rich ensemble sound that enhanced the ebb and flow of the films' rich and dynamic visuals.

These three films, which are really nonverbal symphonies of exquisite images, truly give a feeling of intense empowerment. The films underline the actual interconnectedness of all things in the world, the existing patterns and symmetries and the world's innate sense of balance and proportion. Also, they tell a story of humanity when taken as a whole. The films represent a reflection on humanity's ambitions and the marvelous possibilities presented by modern technologies. On the other hand, the films are a visual meditation on how technology wreaks havoc on the natural world. It's also a portrayal of systematic agonies of modernity and the price of achieving it in this unequal and uneven world. The author's visions presented in the films feel more perceptive and frightening than ever. before.

These three very distinct works also attested an ingenious musical mind. Glass may be known as a master of minimalism, but this was no minimalist music: it surged and soared, rolled and roared. All of his music is like a carpet where all of the sounds, rhythms, and patterns offered a dense interlocking weave. To hear these soundtracks live accompanying these films is to experience some of the most captivating music to date by one of the world's best composers and musical storytellers.