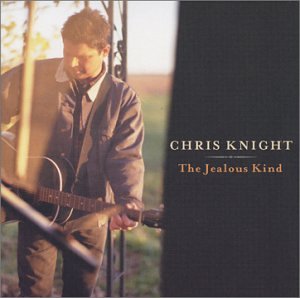 Bless Chris Knight. I cannot imagine a more unforgiving place to try and make a living than Nashville as a country singer. What I hope for Mr. Knight is that he gets all the attention that he deserves – and gets it before he is an old man. Mr. Knight has a fresh-scrubbed sound that is more country than John Mellencamp, more rock than Steve Earle, and more serious than Jimmy Buffett. Comparisons to John Prine are frankly too damn early for this writer. But that does not even matter. Knight and his crack band are one and they produce a brand of American music that has more balls than the next ten hat acts feeding from the teat of county and state fairs.

Knight’s instrumentation is justly guitar heavy with both pedal-steel and lap-steel guitar. His harmonic sense is familiar without being ordinary. His lyrics are not as smart as John Prine’s, but beat the majority of silly drivel passed off as contemporary country music. "A Train Not Running" is a good poor man’s "Copperhead Road"—

I don’t want to risk my freedom crowing crops on government land
but it’s be a damn sight better than a government check in my hand
I used to drive a decent car but now we go to town on Saturday and seems just a little too far.

Every time you look at me Mary, I want to tell you someday
we’ll leave the sound of a train not running a thousand miles away.

That has a ring of Springsteen, but a rural one. All of the lyrics are like this—dark and bitter as burned coffee. Naked and shivering, Chris Knight’s words develop. Maybe a recording or two from now we will have our new John Prine. Let’s hope so.

Jealous Kind; Banging Away; The Border; Staying Up All Night Long; A Train Not Running; Carla Came Home; Me And This Road; Broken Plow; Devil Behind The Wheel; Hello Old Man; Long Black Highway.