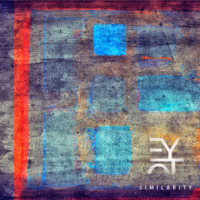 Atmosphere. That oft-indefinable feel that music can have, the creation of a mood or a sensation that inveigles itself into a listener's mind and captures the imagination. It's not melody, harmony or rhythm but it needs all three. Eyot—a four-piece from Serbia—has a great line in atmosphere, ably demonstrated on the band's third album, Similarity.

Album opener "How Shall The Dust Storm Start" perfectly encapsulates Eyot's atmospheric approach—the rhythm crafted by bassist Marko Stojiljkovic and drummer Milos Vojvodic immediately creates an image of the titular storm that persists in Dejan Ilijic's rolling piano figures. "Walking On Thin Ice With The Iron Shoes" is a masterpiece of controlled energy—the band threatens to burst out at any moment, but never actually does so. The resulting tension is superbly judged and adds drama to the tune's gentle beauty. "Nirvana" shows the band's prog rock credentials—if this tune is influenced by Nirvana then it's the Nirvana of "Rainbow Chaser," not the one soaked in teen spirit.

Two tracks feature guest musicians, expanding Eyot's sonic range to good effect. Dejana Sekulic adds viola to "Druids," a tune based around a repetitive and catchy melody line with an edge of mystery. Trumpeter Pete Judge and saxophonist Jake McMurchie appear on "Blessing"—a tune named in their honor (like producer Jim Barr, they are members of Bristol band Get The Blessing). It's Sladjan Milenovic's guitar that make the first impact—another repetitive and catchy hookline—before McMurchie's solo. The tune builds slowly to a high-volume peak before returning to the calm that characterised its opening section.

Eyot's music has a flow, a forward motion, that suggests the band is constantly attempting to extend its musical horizon. It's a feeling that was already present on Eyot's debut release, called Horizon (Ninety And Nine Records, 2011), but the fuller sound to be found on Similarity accentuates it and gives it added urgency. These are exciting times for Eyot.