By DOUG COLLETTE
April 30, 2016
Sign in to view read count
The co-founding siblings of the Black Crowes, Chris and Rich Robinson have taken markedly different approaches to their projects outside the confines of that now-defunct (?) band. During the group's first self-imposed hiatus the former put together a band to tour as well as record, ta sequence of events leading directly to the formation of his eponymous Brotherhood well in advance of the Crowes' ultimate fragmentation in 2015. Younger brother Rich worked at a more methodical pace, making records during those early periods of Crowes' inactivity and testing the waters of live performance all as a means of building momentum at each juncture of his solo career. His more assertive presence during the final Crowes tour of 2013 suggested a confidence borne of this process as does laborious preparation he's extended to the the reissue of his early work, in expanded editions, prior to his next release of new material Flux (The End, 2016). 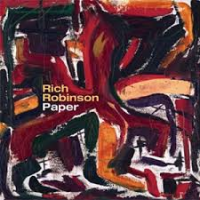 Having rescued the master tapes from a damaged studio, Robinson's the star here, erecting a solid foundation for arrangements usually not all that dissimilar than vintage hard rock Crowes via his rhythm and lead guitars (often utilizing a slide) along with bass, some keyboards and of course lead vocals (which he redid, along with minor lyrical changes, as part of prepping this reissues). The consciously commercial first track "Know Me." is somewhat of an exception but, placed early on, it;s a harbinger of the range of material and treatments incorporating fiddle and pedal steel (from redoubtable Bob Dylan sideman Donnie Herron) as well as orchestration that further. The three bonus tracks, here interwoven with the original track sequence, only reaffirm the notion this man had more influence on his famous band, and its changing cast of characters, than surface appearances might've suggested over the years (did he bring North Mississippi Allstars' Luther Dickinson into the Crowes?) . 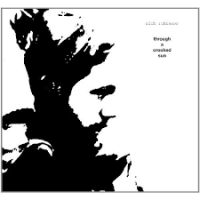 Like its other studio counterpart, Rich Robinson's second solo album arrives in expanded form including not only a pair of unreleased alternative versions as bonus for a total of sixteen tracks, but an insert in the digi-pak with photos from the sessions plus handwritten notes and personal reflections from the artist himself. All of which further reaffirms Rick Robinson's solo career as an end in itself he takes altogether seriously and more than just a respite from the Black Crowes. Which self-motivation only hints at the self-aware reflection in a song like "Gone Away" or the artistic confidence that allows Robinson to judiciously enlist the assistance of the stellar likes of guitarist Warren Haynes, keyboardist John Medeski and multi-instrumental Larry Campbell. Rich Robinson's integration of acoustic and electric guitars, as well as keyboards and garnishes of vocal harmonies, is all the more impressive as he produced Sun by himself (though the atmosphere at Applehead Studios was certainly conducive to successful concentration). 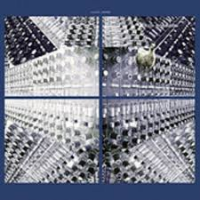 Originally released in a limited run subsequent to Through A Crooked Sun, this comparatively short collection of original songs is not simply an afterthought. On the contrary, it's a deliberate coda to the statement of purpose that preceded it by approximately a month (and to which one of its tunes, "Look through My Window," actually lent the full-length album its title) The roundly raucous sound of these four cuts, captured loud and clear again by Chris Bittner and Mike Birnbaum at Applehead Studios, extends directly from the final cut of the predecessor "Fire Around." But while that climax is only proper punctuation to a dynamic span that more heavy blues-rock like this would've undermined, this approximately twenty minutes of music , on its own terms, sounds as personal to Rich Robinson as the extended work. 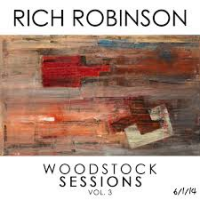 Clearly and directly proceeding from the aforementioned EP, this concert piece is more than just an effort to promote Rich Robinson's third solo album. Built on the concept of the Black Crowes' sessions at Levon Helm's barn that gave birth to a double album Before the Frost...Until the Freeze (Silver Arrow, 2009) and the DVD Cabin Fever (Silver Arrow, 2009). Rich Robinson uses the Woodstock Sessions, to highlight his improvisational inclinations. With ten minutes of "Laila II," followed by the shorter but no less atmospheric "One Cylinder." A clutch of tunes from The Ceaseless Sight (The End, 2014) also appear here alongside two knowing acknowledgments of this musician's roots: Lou Reed/Velvet Underground's "Oh Sweet Nuthin'" precedes a cover of Eric Clapton/Derek and the Dominos "Got to Get Better in a Little While," a fitting conclusion to the dozen tracks of this expanded edition in its mix of spontaneity and purpose.

Tracks: Know Me;Enemy; Stand Up; Leave It Alone; Words Of The Chosen; Yesterday I Saw You; Places; Veil; Walking By Myself; Forgiven Song; When You Will; Baby; Begin;Falling Away; Cause You're With Me; Answers; Goodbye.

Through A Crooked Sun

Tracks: By The Light Of The Sunset Moon; Look Through My Window; Broken Stick Crown; Run Run.