By CLIFFORD ALLEN
June 7, 2005
Sign in to view read count
Despite the fact that beat poets and their bohemian kin were entranced and influenced by jazz rhythms and improvisation (and vice versa), it seems as though the music and word idioms remained quite separate throughout the beat-heyday of the late '50s and early '60s. Kenneth Patchen (1911-1972), painter and poet who stood closer to Eliot than Ginsberg, nevertheless was also known for his West Coast jazz collaborations for two years in the late '50s.

Patchen's first recorded jazz group work (though he had recorded himself reading along with jazz albums) was with the Chamber Jazz Sextet, a group culled from Stanford University musicians. The jazz group and poet were recorded separately in the studio and joined only in the final mix and the record, Kenneth Patchen Reads with Allyn Ferguson and the Chamber Jazz Sextet, was released by Cadence in 1957. The group was probably the first appearance of a regularly working jazz-poetry collaboration. Patchen, on a visit to Montreal in 1959, recorded with the Al Neil Quartet for the Canadian Broadcasting Corporation for an album later released by Folkways. Pianist Neil is a respected figure in Canadian jazz, having recorded and privately issued some of the first "free jazz recordings in Canada, though on this 1959 recording the group is fine, if not distinctive, mainstream fare. Patchen and Neil are joined by teenage altoist Dale Hillary, bassist Lionel Chambers and drummer Bill Boyle for ten poems spread across four tracks. "As I Opened the Window is one of the most interesting pieces in the set, a surrealist exploration of a late-night rent party or bohemian gathering recited in sliding, jumpy Monkish rhythms over relaxed group improvisation. Patchen purposely rushes the tempo, attempting to turn the beat in a vocal explication of "Brilliant Corners . Excerpts from Patchen's play, Glory, Glory, are perhaps the most spirited and intense readings here, what might be a typical Henry Miller-esque rant of love for the artist's self over the dregs of less creative "society if not for the up-tempo hard bop accompaniment. The music might seem hopelessly of its time, but the contemporary climate of societal excrement matches Patchen's words to a near "T : "when the awful hands are covering the light switches / we oughta try and make the scene together / as human beings / or before very long / there won't be any scene left for anybody to make. 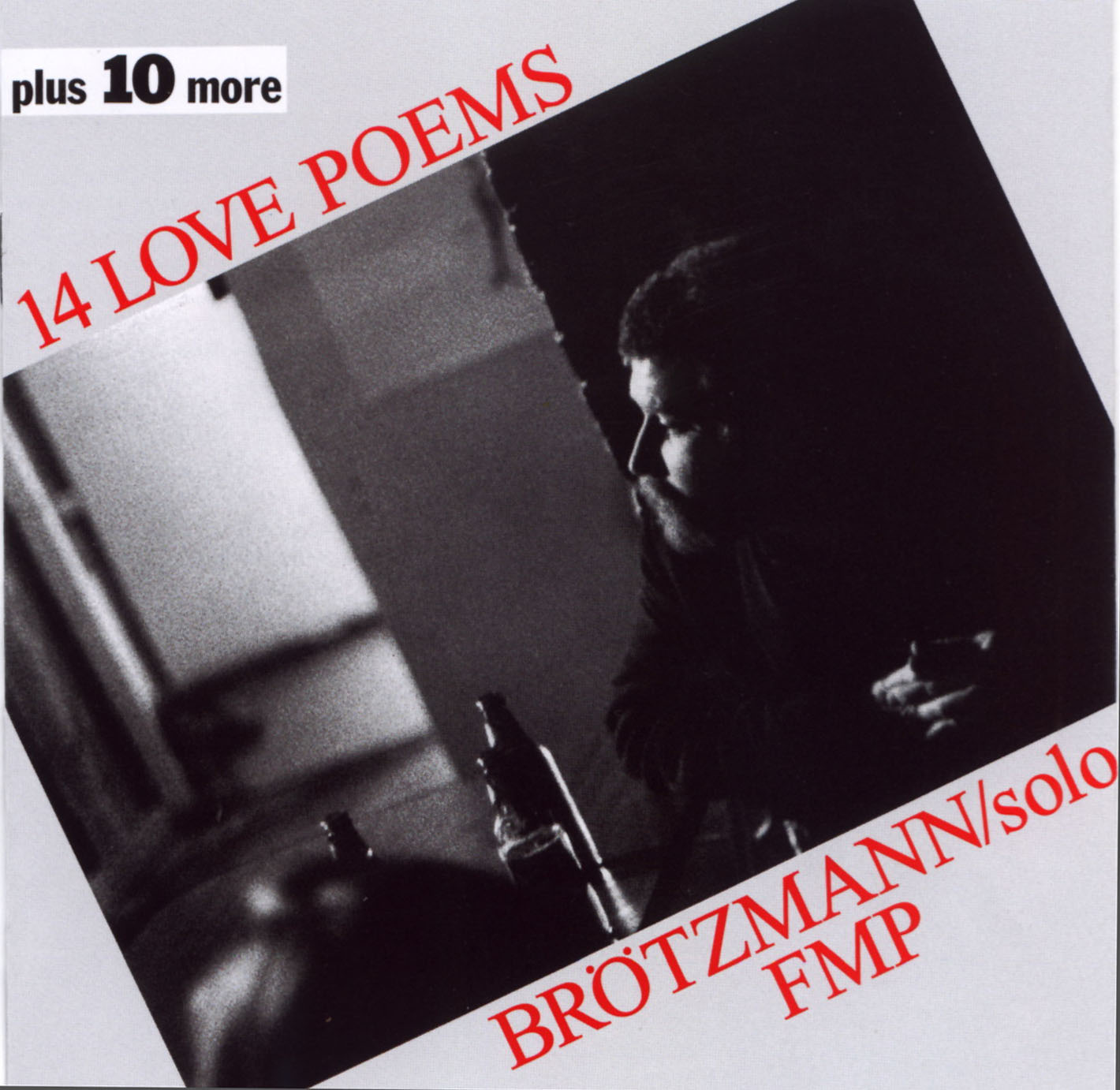 Despite Patchen's ties to bebop musicians through much of his career, German reedman Peter Brötzmann was significantly inspired by Patchen's love sonnets to dedicate a 1984 solo recording to the late poet. Fourteen Love Poems is possibly one of Brötzmann's most stark solo recordings, made eminently so by its introductory statement - an unaccompanied baritone reading of Ornette's "Lonely Woman , building from a low whisper (at the outset almost unrecognizable as its namesake) to an absolutely tortured cry over its five-minute course, one of the most primal and honest statements that Brötzmann has made in his career. It is, in a way, interesting to think about what the saxophonist was reading before he recorded this album; apparently he was keeping a pocket edition of Patchen's Love Poems (New Directions, 1960) in his jacket as he traveled, which prefigures some of the rhythms and inflections used on this recording that are in fact highly vocal. Bass clarinet "Poem #4 harps on a phrase fragment, a woody repetition of a word and a bent, watery theme that solemnly recalls both Patchen's gravelly-yet-liquid delivery and "Lonely Woman while barely approaching the sentiments one usually associates with Brötzmann. "Poem #5 marks the transition to alto clarinet, retaining the Ornette-ish ballad theme as Brötzmann hunts through the grass for a lost ring perhaps. By "Poem #7 , baritone saxophone is again the instrument, yet encountered in a stilted and stark reading, the weary lover climbing stairs as he ambles drunkenly home. The 24 Love Poems rendered here show an entirely unexpected side of Brötzmann's work. They are not pretty, but torn, anguished snatches of a truly chambered, fist-shaped and sandblasted heart.

With these two recently unearthed recordings, poetry and jazz once again resume their oft-clichéd but ultimately strong bond. Brötzmann's breathy-yet-fierce elegies speak for the undercurrents of Patchen's humanism. What is particularly interesting is how a quintessentially American poet has crossed the pond into the annals of postwar European improvisation so seamlessly.

Reads with Jazz in Canada