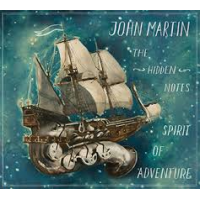 The Hidden Notes--Spirit Of Adventure by saxophonist John Martin and his quintet (Ralph Wyld on vibes, guitarist Rob Updegraff, drummer Tim Giles and Tim Fairhall on bass) (mentioned briefly here) is a project that has had a four-year gestation. Calling the naturally occurring harmonics that are produced over the fundamental by all instruments the “hidden notes," Martin has put enormous effort into bringing out and controlling the harmonic possibilities of the saxophone through multiphonics, controlling the overtone patterns through different ... 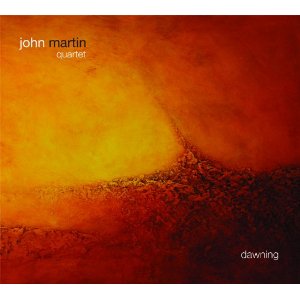 The debut album from London saxophonist John Martin comes with some heavyweight commendations. Flugelhornist Kenny Wheeler, whose music inspired one tune and whose influence courses through the disc, calls it “a lovely album," and saxophonist Iain Ballamy says it is “an honest, cohesive and sophisticated release." Dawning introduces an engaging young saxophonist, in whose music echoes of Africa can be heard alongside those of Wheeler and a more general ECM-like ambience. Martin has long experience of playing ...