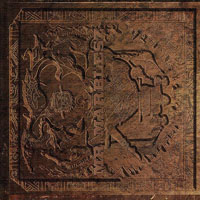 Mr. Marblesz, a band with a twist in its name and its music, has its roots in Toronto, Canada. The music finds a home in jazz, but branches out into several genres with finesse and a decided sense of fun, which raises it to an appreciable level. Guitarist/vocalist Tom Juhas shows flair as a composer, as he envelops several styles without sacrificing cohesion or logic. With the structure undergoing unexpected changes, interest never stops percolating. At the same ...