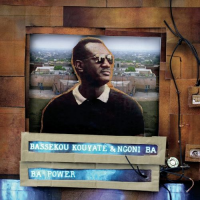 African music is on an unprecedented upward spiral in terms of popularity and global recognition. Each country within Africa is subdivided into local provinces and territories, each with their own cultural traits and traditions. Mali, of course is no exception and has been in the forefront of this musical revival. Bassekou Kouyaté is a prominent representative of Malian music, due in part to his association and recordings with premier musicians as Ali Farka Touré, and popular rock and world artists, ...

Bassekou Kouyate / Tamikrest / Sidi ToureBarbicanLondonJanuary 26, 2013Ten days earlier, the vibe at this Malian package show--billed as Sahara Soul--would likely have been jumpy rather than joyful. The northern half of Mali seemed secure in the hands of Islamist invaders, who were intent on destroying the region's indigenous music and culture and poised to move south and take the Malian capital, Bamako.But, on January 26, 2013, the mood onstage at the Barbican ... 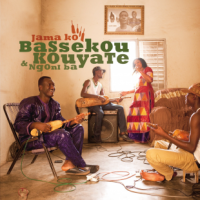